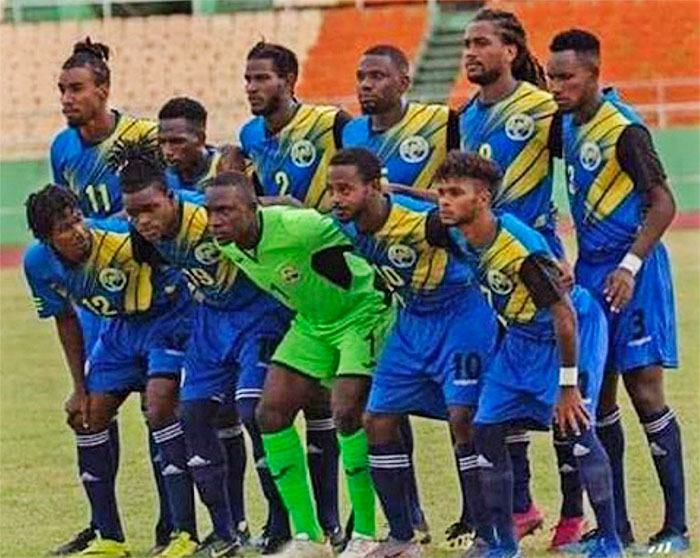 SAINT Lucia senior men’s national football team will look to rebound this evening when they play El Salvador in front of their home crowd in the CONCACAF Nations League Group B at the Daren Sammy Cricket Ground from 5.00 p.m.

It’s still unclear whether there are changes to the squad that played the Dominican Republic on Saturday evening as the home team was scheduled to have the final training session at press time yesterday.

The home side took charge as they ruled much of the attack early, outshooting Saint Lucia 15-3 in the first half.

The deadlock was finally broken when Jean Carlos Lopez headed home the opening goal of the match in the 34th minute after a whipped in ball into the box by Ronaldo Vazquez.

Saint Lucia’s goalkeeper Vino Barclett recorded six saves in the first half to keep the score within the minimum difference. The halftime score was 1 – 0.

On the resumption, Dorny Romero extended the lead for the Dominican Republic with a clinical strike in the 52nd minute, capitalizing on a defensive mistake by Saint Lucia.

Rudolf Gonzalez, a second half substitution, scored the third goal of the match in the 85th minute to cap off a night where the Dominican attack outshot their opponents 23-6 overall.