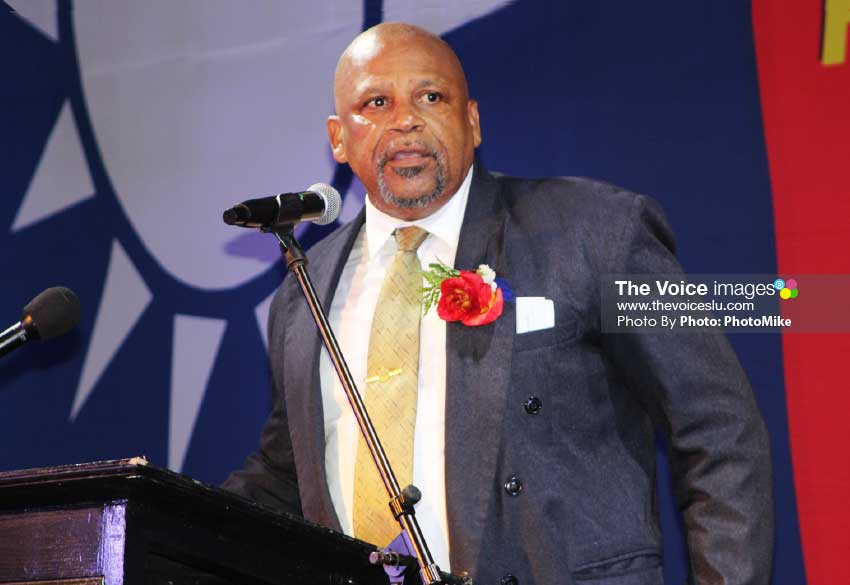 SAINT Lucians both here and in Taiwan joined their Taiwanese friends and the general population of Taiwan in celebrating that country’s 108th National Day on Wednesday and Thursday of this week. It was a simultaneous celebration, meaning that Saint Lucians here and those in Taiwan were celebrating the day at the same time.

Taiwan being 12 hours ahead of Saint Lucia meant that the 7:00 p.m. start of celebrations at the Sandals Grande Wednesday night (October 9, 2019) corresponded with celebrations in Taiwan that started on the morning of Thursday October 10, 2019.

Prime Minister Allen Chastanet headed the Saint Lucian contingent in Taiwan while in Saint Lucia it was Agriculture Minister Ezechiel Joseph who played that role.

For Charge d’Affaires Bill Shih-Chang Huang who deputized for Ambassador Douglas Shen Wednesday night, it was a time for him to show examples of Taiwan’s dedication to Saint Lucia in building the country’s agriculture base, improving its infrastructure and the education status of citizens.

Not only did Huang name a few of the cooperation projects between Saint Lucia and Taiwan throughout the years that have improved the livelihood and welfare of Saint Lucians, he also entertained, in his own style, the gathering at the Palladium Ballroom, making it clear that when it comes to Saint Lucia, Taiwan will not only talk the talk but also walk the walk as well.

Minister Joseph reminded the gathering of Saint Lucia’s commitment to continue its relationship with Taiwan. He boasted of the tremendous amount of assistance given to Saint Lucia by Taiwan since the reestablishment of diplomatic ties in 2007.

“We can say today that the decision we took in 2007 has borne fruit. We have seen that both our countries have benefited from that decision,” Joseph said.

Joseph believes that the relationship the two countries share is beneficial to both of them. He described that bond as a “two-way relationship.”

“Thank you very much for the support,” Joseph said. “We are looking for further collaborations and we are committed as a government, as a people to continue to give support to Taiwan,” he added.

Governor General Sir Neville Cenac led the gathering in a toast to Taiwan on its 108th National Day describing Taiwan as “an illustrious nation with a good head on its shoulders.”

“But what magnifies that greatness is the generosity towards developing nations seeking assistance,” Sir Neville said.