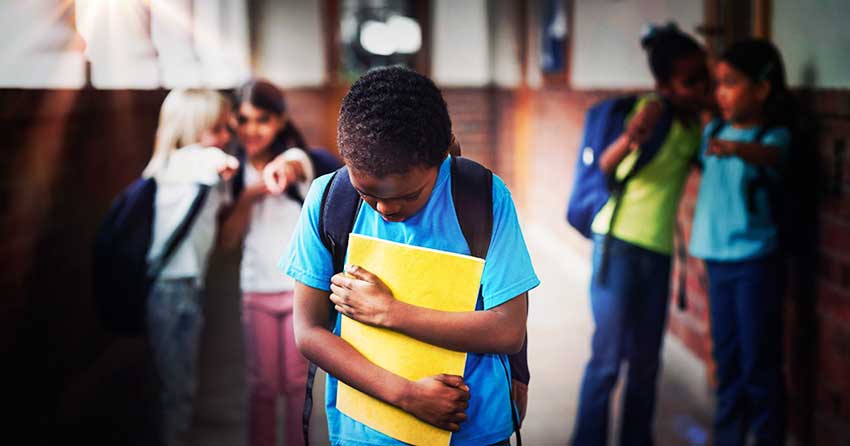 WE speak often about bullying in schools, which is a huge problem, but most of us don’t necessarily go as far as addressing the other forms of bullying which not only affect children, but grownups in our society. In order to grow and develop as a people and confront this issue, we have to acknowledge it in all its forms. Additionally, in order to identify the root of this scourge and get rid of it in entirety, we must first analyze our own behaviours.

Students are not the only ones who are affected by bullying which is best described as seeking to harm, intimidating, threatening, coercing, or abusing another person in any way, because of a perceived power imbalance. It is bad enough when it happens to our youth, the more vulnerable ones in our society, but it is not an issue to be dismissed when it appears in other areas. As described in an article by Deacon Peter Fevrier carried in the Tuesday edition of the VOICE Newspaper, bullying can happen in the workplace, or even at home, and is in all cases, unacceptable.

Sometimes we can bully our own children in our home without realizing it, or bully our partners or spouses in the name of love. Our desire to maintain control, believing that we need to do so to raise our children properly, or to be respected by our other half can blind us from seeing this truth. The fact of the matter is, we need to treat people with respect, like human beings with thoughts, feelings, and desires, no matter their age, and regardless of if they are family or not.

How about road bullies? Maybe the people with the bigger cars, who drive as though they own the road, and like basic rules and courtesies, do not apply to them? These are bullies as well, and road rage does not do justice to any of the actions of the abovementioned. Having a driver’s license signifies that you are above a certain age, and are expected to behave with a maturity level that reflects such, not pushing people around on the road just because you can.

What about the work place bullies? The people who’ve been working with a particular company for umpteenth years and behave as though they own it and cannot be replaced? There are a lot of those throughout the length and breadth of the island, some of whom use their “clout” to determine the futures of customers who come to them for services and opportunities offered by the companies they work for and others who limit their bad behaviour to office staff, which of course doesn’t make this any better. Surely no one comes to work to be trampled upon, or disrespected in any way, and definitely not to be fending off verbal and other attacks or forms of belittlement. Office bullying has become very common, and in some circles is accepted, with excuses from the people (enablers) who’ve been around it for too long that “this is just how they are”, referring to the person who oftentimes is the culprit behind this bad behaviour. Enabling a person leaves no room for them to change their behaviour.

Fortunately, all is not lost. People can change and modify their behaviours, and it all begins with awareness. While one of the toughest things a person can do is change themselves, it is not impossible. Some say that change is only possible with dedication, support, or even suffering. As relates to the latter, imagine a bully or someone with another character flaw going through the worst times of life, and coming out better for it, and finding value in that space of suffering. This happens all the time, but it is not always required for a person to make a change for the better.

The point of all of this is to reiterate the words of our contributor ‘The Deacon’, who stated “Bullying is inappropriate, and should never be tolerated at any level.” It should not be tolerated nor supported by people witnessing it, and should never be justified. What we will not tolerate for our own children from other people, we must not dish out to others. That is the only way we’ll see any kind of change and end a culture of bullying.