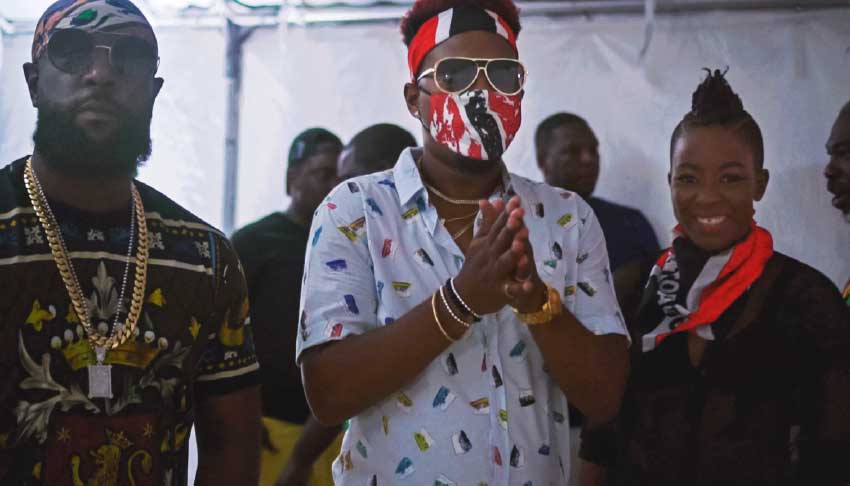 HOLD on tight, it’s about to get wild. New Soca music, complete with a fresh face and unbridled vibe, emerges this September. No matter how you look at it, the evolution of the Soca game continues to flourish and by all accounts, the young trendsetters have upped the ante, delivering smash hit singles consistently. Adding to the fire is Lucrativ. He’s following up his recent Anguillan exposure with a new single called ‘Cyah Tell We Nott’n.’ His desire is push to push Soca globally, in tandem with the countless others who’ve made it their life ambition. Like them, Soca is life for this young Trinbagonian.

During the months of July and August, Lucrativ made his presence felt on the island of Anguilla. He’d made a unique alliance with an Anguillan DJ by the name of DJ Legend264. Together, they created a single called “Frenzy”- an intense, power Soca track that promised to breathe life into the Anguillan festival circuit. By the time the Anguilla Summer Festival came around, Lucrativ had been booked to perform at the premiere event, the August Monday Caribbean Beach Party. He was in good company too, as Caribbean showstoppers BunjiGarlin and Fay Ann Lyons, as well as Nadia Batson and Terri Lyons had also been booked to perform at the event. “It was a good look for Soca music and Trinidad and Tobago as well. I was humbled to be on a cast that included such powerful acts. It was a defining moment in my growing career,” said Lucrativ.

While in Anguilla, Lucrativ had also been booked to be the featured artiste at the Anguilla Beauty Queen pageant, something he jumped at, explaining that he would be grateful for any and all opportunities to market himself to varying audiences. “Honestly, as someone who’s been silently working hard for some time behind the scenes, I’m not afraid to take chances. I’d much rather take the risks than be left to wonder what could’ve happened if I did,” he said. He believes in himself and is far from apprehensive when it comes to making the moves he needs to; to generate the sort of awareness every artiste wants for their music. Lucrativ’s been delivering music videos consistently for songs he’s done in the past. His single done with DJ Legend264- ‘Frenzy,’ comes complete with a music video, accessible on YouTube. “I believe in delivering a complete product. People aren’t accepting mediocrity anymore. It’s either we go hard or we go home. I will always go hard,” said the young artiste.

The new track, produced by Stickman Beats with additional production and recording done by Kyle Phillips, was mastered by Andrew Denny. It’s a track that speaks to any and everyone who has faced the comments of detractors in their life. “Soca music, as a genre, has so much potential but sometimes I feel it’s important to deliver topics that are more relatable to people from around the world. With this track, that’s exactly what I sought to do,” he explained.

In the coming weeks, Lucrativ will unleash a new single on the Doors riddim, produced by Supah Ace Productions and executive produced by GlendonLamothe and Ramon George. “I’m just letting the world know I’m here and I’m ready. The big guns in the industry are unstoppable but so am I. I’m not trying to steal anyone’s space but I know there’s room enough for me,” he said.