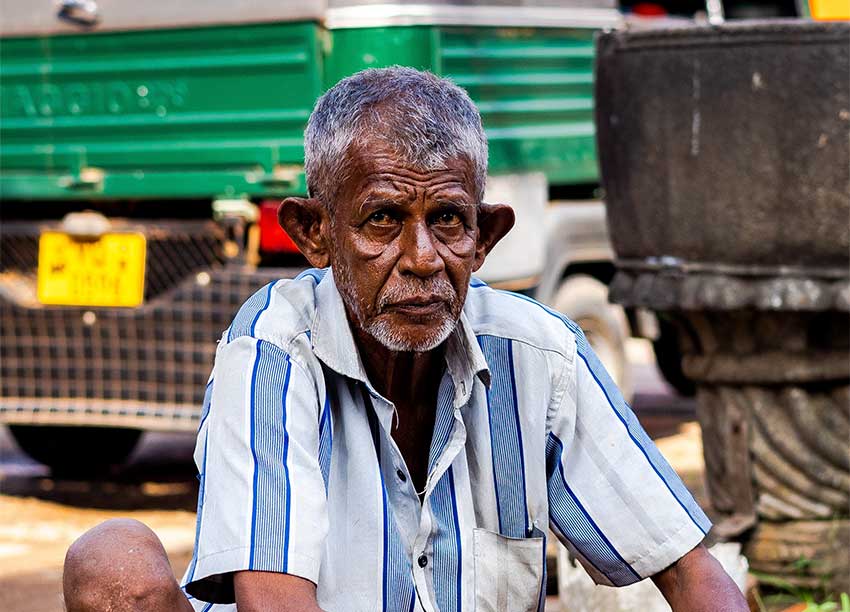 “Basic needs institutions of the poor cannot realistically address poverty by providing money or simply by increasing incomes. Young people and heads of families require not only daily subsistence but also help in acquiring skills sought by employers. Medical care and nursing homes are key concerns for the aged.”

THE poor can be defined as those having few things or nothing, lacking money or property or being needy. Poverty can be referred to as a lack of goods and services necessary to maintain an adequate standard of living. The definition of the term varies with the general standard of living in different societies and the attitude of the public towards deprivation.

If by estimation at least 10% of our population live below the poverty line, it means that approximately 17,720 people can be placed in this category. In real terms, being poor means having at least one meal every two days, living in sub-standard conditions, not having adequate shelter (if at all), and often, no pipe borne water or toilet facilities. Some people living below the poverty line also have no electricity, nor access to health care.

How can we help the poor? Basic needs institutions of the poor cannot realistically address poverty by providing money or simply by increasing their incomes. Young people and heads of families require not only daily subsistence but also help in acquiring skills sought by employers. Medical care and nursing homes are key concerns for the aged. Children also require health care and education to assure them opportunities in the future. As a generally acceptable strategy, what is important along with income support as a supplementary would be direct provision of housing, medical services, food and other goods and services.

Since 1930 countries like the United States have developed intricate programmes to help the poor and economically disadvantaged. The system is based on the assumption that special purpose programmes are necessary to cover the diverse needs of the poor. Several types of these programmes exist including those focusing on financial support, direct provisions of such necessities as food, shelter and medical care, as well as preventative and compulsory help for children and young people.

How should we as Christians deal with the poor? Isaiah 61:1 reads: “The Spirit of the Sovereign Lord is on me, because the Lord has anointed me to proclaim good news to the poor. He has sent me to bind up the brokenhearted, to proclaim freedom for the captives and release from darkness for the prisoners.”

The true Christian should present the teachings of Jesus Christ in a manner corresponding to the difficulties and problems by which people are burdened and challenged today. Christians should guard that doctrinal teaching faithfully, defend and spread it. Also Christians should as a matter of duty attend to the poor and the lower classes to whom the Lord sent them to preach the Gospel.

Jesus Christ was sent by the Father to bring good news to the poor, to heal the contrite of heart (Lk.4:18) to seek and to save what was lost (Lk.19:10). Similarly, the faithful must encompass with love all those who are afflicted with human weaknesses. The faithful should do all that can be done to relieve the poor of their suffering and draw them to the service of Jesus Christ.

The Holy Bible is very clear on matters of the poor and poverty. The following examples are key: Deuteronomy 15:11: “For there will never cease to be poor people in the land; that is why I am commanding you, you must willingly open your hand to your afflicted and poor brother in your land.”

Zephaniah 3:12: “I will also leave in the midst of thee an afflicted and poor people, and they shall trust in the name of the Lord.”

Matthew 26:11: “The poor will always live with you, but you will not always have me.”

Matthew 8:20: “Jesus told him: Foxes have dens and birds of the sky have nests, but the Son of Man has no place to lay His head.”

James 2:15-17: “If a brother or sister is without clothes and lacks daily food, and one of you says to them: Go in peace, keep warm, and eat well, but you don’t give them what the body needs, what good is it? In the same way faith, if it doesn’t have works, is dead by itself.”