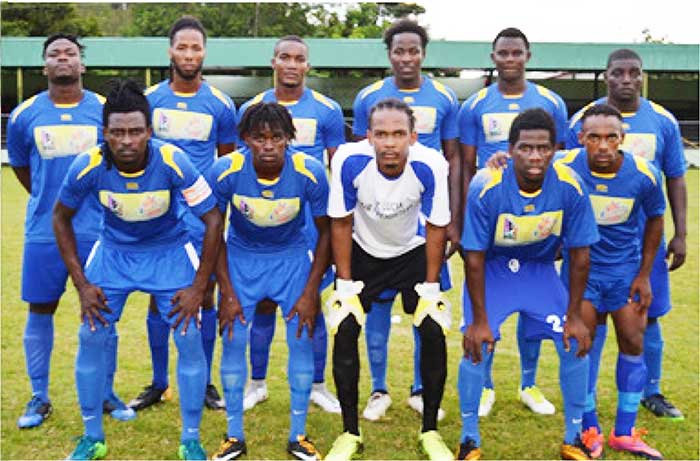 SIX matches are on the cards at two venues as the excitement continues into week five of the Saint Lucia Football Association (SLFA) Inc. Island Cup sponsored by the National Lotteries Authority (NLA).

Today at the Marchand Playing Field, from 6.00 p.m. Dennery takes on Mabouya Valley.

Also today at the Fond Assau Playing Field, from 6.00 p.m. in a North versus West derby, Gros Islet plays Canaries.

In the second encounter it’s an all-South Castries Football League affair; Roseau Valley will fancy their chances against South Castries at 8.00 p.m.

In game 1, Micoud defeated South Castries 2 – 1. The score at half time was 2 – 0. Micoud got their goals from Kuran Marcellin in the 45th minute and Raii Gaspard in the 45 + 2 minute.

Jamal Paul scored for South Castries in the 50th minute.

Game 2 played between Anse La Raye and Central Castries was filled with excitement, with Anse la Raye nosing ahead in the 3rd minute of play from the boots of Shervon Eleuthere.

Central Castries fought back and was rewarded with the equalizer by Micky Lionel in the 22nd minute as the half ended 1 – 1.

On the resumption Anse la Raye surged into the lead in the 57th minute with Eric Gabriel finding the back of the net. Central Castries undeterred kept pressing forward for the equalizer and was rewarded with Gideon Fedee conceding an own goal in the 65th minute.

No further goals were scored as the game ended in a 2 – 2 draw.