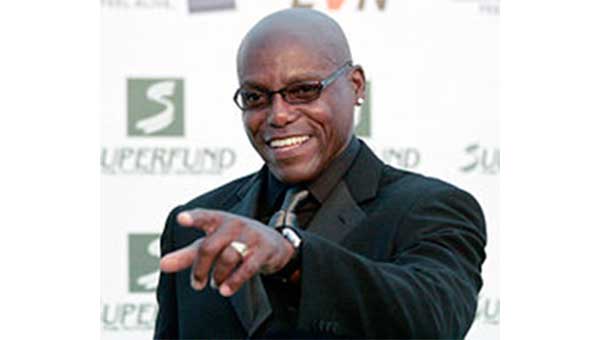 “I think there are bigger issues we should be having discussions about. We are in a time in our world right now, here in America we have a tremendous challenge. There are a lot of issues going on. We have a racist President he is prejudice and misogynistic who does not value anyone outside of himself. So we have a greater challenge in our own country to deal with as well. But that does not mean we cannot fight for what is right for people and look for others where they have missed an opportunity or may have been marginalized in their lifetime.”

The opening quotation came from nine time Olympic gold medalist Carl Lewis, who along with teammate and rival Leroy Burrell a former world record holder in the 100 metres, are special guests at the 2019 Pan American Games in Lima, Peru, following an invitation by Pan Am Sports.

Both sprinters attended a press conference at the Lima Convention Centre on Monday, where Lewis, clearly being the most outspoken of the two, made the opening remarks while answering the following question by a media personnel: “We are living in the 21st century and still women around the world are asking for equal pay… Do you support women in this case, especially women athletes who ask for equal pay?”

Lewis replied: “First all for me if I did not have a strong woman in my life, I would not be sitting here today. We want to thank all the people who are coming out and supporting our event.”

He referred to his mother as a pioneer, who feels girls should have the same opportunity to compete.

Of course the question concerning equal pay for women athletes fell in line with the United States Women’s Football team. Players feel they have been treated unfairly and want to be paid in similar fashion as the men’s national football team.

Another question asked was, why the United States no longer dominate the 100 metres. He replied: “I think athletics in general is more competitive, but at the same time there is a lot of depth. The US happens to have quite a bit of depth. I think we went through a period where obviously Jamaica and the Caribbean were quite dominant in the sport. That just happened to be because we had a gentleman called Usain Bolt, who happened to break a couple of world records during that time frame.”

He went on to say: “Everyone seems to expect the US is supposed to be the best. We’ve had a great history, but I think we have also had a great advantage and I think things have been normalized a bit.”

During their stay in Peru, Lima, Lewis and Burrell will watch the athletics competition which got underway Tuesday and also take part in the medal presentations.