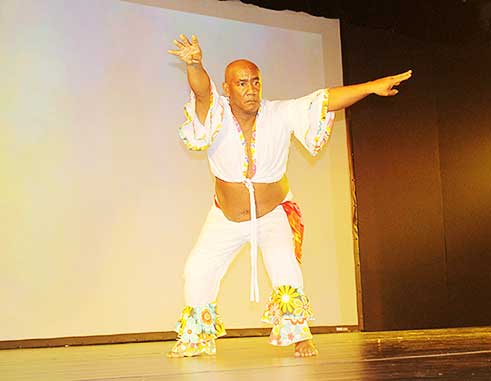 Once again, a contingent of Saint Lucian artistes is traveling to Trinidad and Tobago to participate in Carifesta — and no doubt all of them would be overjoyed to have been chosen to represent our island.

I too remember the joy and pleasure I got to represent us as well at Carifesta in Cuba in 1979. But I ask today: when will we be ready to host? Some of our neighbors have hosted it several times and we have performed in almost all, but we are yet to put up our hands and say the dreaded words: ‘Saint Lucia will be the next host.’

The reason we are reluctant is because neither government has placed the emphasis on promoting or developing the arts for the well-being of our people — and by extension the region.

Still no facilities in place, but we boast of having six festivals per year, we have jazz, blues, rum festivals, creole festival, carnival and major shows, but no ready-made place to keep them. So we rent, build and break-down, pay thousands upon thousands to a selective few, but we can’t even take a show outside the capital city or the hotels.

It is important to build bridges, roads, schools, factories, hotels, call centers, seaports and airports and everything else, but not important enough to include art or performing outlets or centers. Somebody else must always profit from these artistic ventures and festivals.

We never seem to have enough money for our people’s comfort, but in the name of our visitors and tourism we pretend to be lovers and promoters of the arts.

We proudly talk about such artistic sons and daughters like Derek Walcott, Dunstan St Omer, Virgie Alexander, Athanasius Laborde and Vincent Joseph Eudovic (The Senior Sculptor) — to name just a few — but no established centers or facility named after them, still no art galleries, no museums, no school of arts and crafts, no promotion in that direction.

We talk about our achievements, but we have nothing to show for it. We keep talking the talk, but not walking the walk.

No wonder most of our media outlets are still promoting everything foreign.

Art can be a vehicle for growth, but culture is a spoken word, no more just a way of life.

In the same way, this generation has forgotten the Church as a necessity for spiritual growth, so we have neglected to help them see art as another vehicle to the soul.