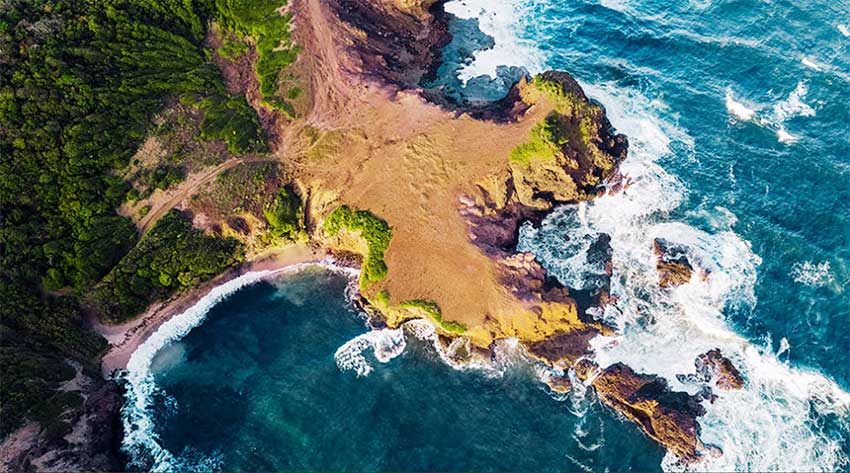 The National Insurance Corporation (NIC) yesterday defended its decision to loan EC$27.5 million to Cabot Saint Lucia Inc., stating that the loan was given in accordance with Section 5 (2) of its Investment Policy and Guidelines.

During a press conference called by the NIC to primarily allay the fears of its pensioners and to quell rising public concerns about the risks associated with the loan, Isaac Anthony, NIC’s Chairperson, said the loan is 100 percent secured and structured in a manner that would cause the NIC no exposure during the currency of the loan which has a maximum repayment period of 12 years.

According to Anthony the security held by the NIC includes a first mortgage debenture on Cabot’s fixed assets including over 360 acres of land that was independently valued at approximately EC$91 million in August 2018.

Anthony declared that the return is well in excess of the interest rates earned on NIC’s considerable cash holdings at the various commercial banks. He further asserted that at all times; the NIC maintains sufficient liquidity so that its ability to discharge its normal commitments to all its stakeholders, particularly its pensioners is not compromised.

He said that given the worst-case scenario with respect to the loan, that the NIC’s land bank would be enhanced by 360 acres of marketable land in a high-income area. According to Anthony, NIC has a policy of aggressively looking at purchasing lands in different areas, once those lands have potential value. He described the Cabot site at Cap Estate as prime real estate.

“It must be noted that this land was previously in foreign hands. NIC sought to purchase the property outright but was unable to do so as the receiver had committed to sell it to the stakeholders of Cabot,” Anthony said.

Reiterating that the loan posed absolutely no risk to the pension plan, Anthony said the loan is a relatively insignificant amount in relation to NIC’s investment portfolio.

“NIC has never had an issue in discharging its commitments to its stakeholders and we strongly refute the assertion that this loan adversely affects the rights of pensioners,” Anthony said, adding that Saint Lucia’s marketability and visibility will be significantly enhanced in a very competitive global tourism market, which is expected to lead to more tourism business with the attendant benefits for the country.

With regards to the interest rate agreed for the loan Anthony said it is in excess of what is currently available from banks.

Since news of the loan to Cabot surfaced concerns have been expressed about NIC’s involvement into tourism projects. Anthony dismissed these concerns by stating that according to NIC’s investment policy, direct investments in the local tourism sector should not exceed 10 percent of NIC’s total investment at cost, and that the investment into Cabot amounts to 1.2 percent of the Corporation’s investment portfolio.

He said the NIC’s investment policy permits foreign investment, adding that in respect to persons who believe that the NIC does not make available loans to local entities, the NIC has a significant indirect impact on funding to local entities by virtue of its loans/deposits with Bank of Saint Lucia ($165.5 million), First National Bank ($65.8 million) and Saint Lucia Development Bank ($36.4 million), all balances as of May 2019.

The Point Hardy, Cap Estate project to be undertaken by Cabot Saint Lucia Inc. will comprise a world-class gold course and resort amenities including two restaurants, a beach club, spa and fitness facilities, a mix of luxury hotel suites, villas with two or four bedrooms and a community of home owners.