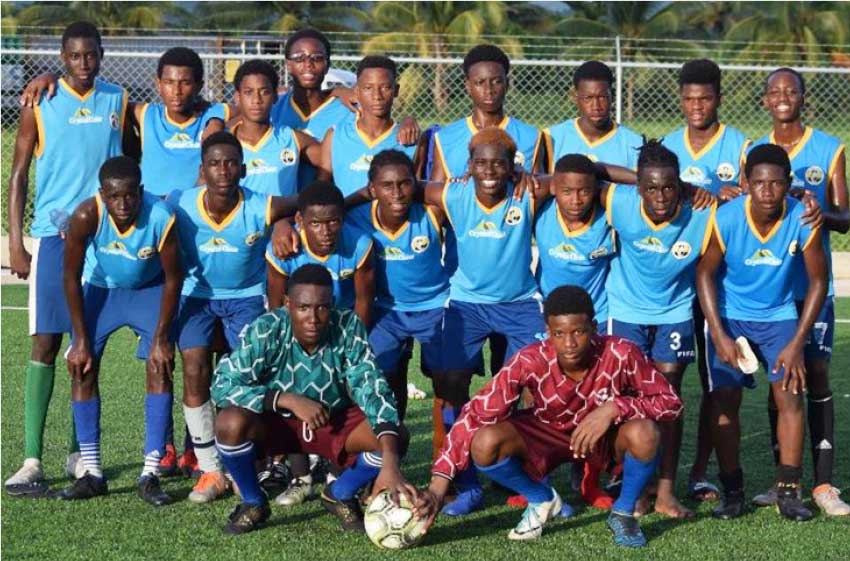 Saint Lucia kicks off the Confederation of North, Central and Caribbean Association (CONCACAF) 2019 Boys Under-15 Championship against Saint Kitts and Nevis next Monday before squaring off against Israel the following day and  Belize on Thursday.

The Tournament actually opens on Sunday at the IMG Academy Campus in Bradenton Florida, USA, and will conclude on Sunday 11th August.

The youth tournament, which will provide access to international football for over 750 boys from across the CONCACAF region, will be disputed in two rounds. For the first-round group phase, the 42 participating teams have been divided into three divisions, according to the CONCACAF Men’s Under-17 Ranking as of 2019, ensuring sporting balance and a minimum number of four matches for each team.

Division One will be made up by the top 14 ranked CONCACAF teams, as well as Slovenia and Portugal. The 16 teams have been divided into four groups of four teams each (Groups A-D). After round robin play, the four group winners and the four second place finishers will advance to the quarterfinals to play for the Championship. The third and fourth place finishers will play an additional match to determine their final position in the division.

Division Two which includes Saint Lucia is made up of the next fifteen best ranked CONCACAF teams and Israel. The sixteen teams which are divided into four groups will play a round robin format with the group winners advancing to the semifinals to play for the divisional championship.

The second, third, and fourth place finishers will play an additional match to determine their final position in the group.

Saint Lucia will be aiming to top their division and aim for the title.

In 2018, the Saint Lucia Under 14 team played unbeaten in the CONCACAF Group Play in the Dominican Republic, with most of the players continuing to train under coach St. Croix Albert over the past twelve months.

Meanwhile, Division Three will be made up by the lowest 10 ranked CONCACAF teams. The teams have been divided into two groups of five teams each (Groups I and J). After round robin play, the group winners will advance to the divisional final, while the remaining teams will play an additional match to determine their final position in the division.