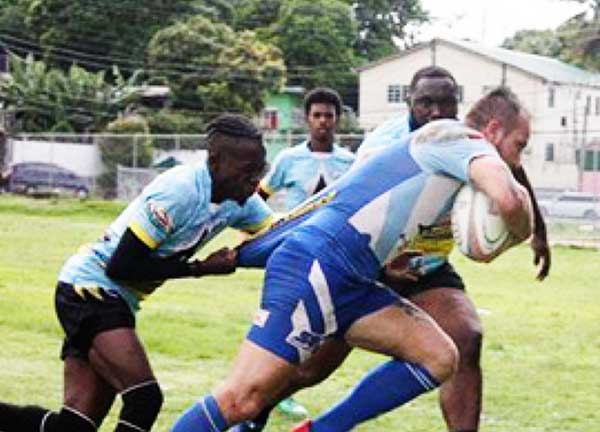 On the square and in what can best be described as a nail biting contested match between the two teams, at the end of the final whistle of Referee Chantal John, the home team emerged victorious over Diamante 12-11 to nose ahead 5-4 in overall team victories.

Following the encounter, SLRFU President Roger Butcher, said, “Saturday’s game was being used as a preparatory match for the Rugby Americas North 15s against Saint Vincent. The Saint Vincent versus Saint Lucia match will take place either in September or October”.

He added, “The SLRFU National Female 7s and 10s Rugby Team are currently in training for the Rugby Americas North (RAN) Olympic Rugby 7s qualifier scheduled for July 6th -7th in the Caymans and RAN Women’s 10s scheduled for  July 18th-21st in Barbados”.