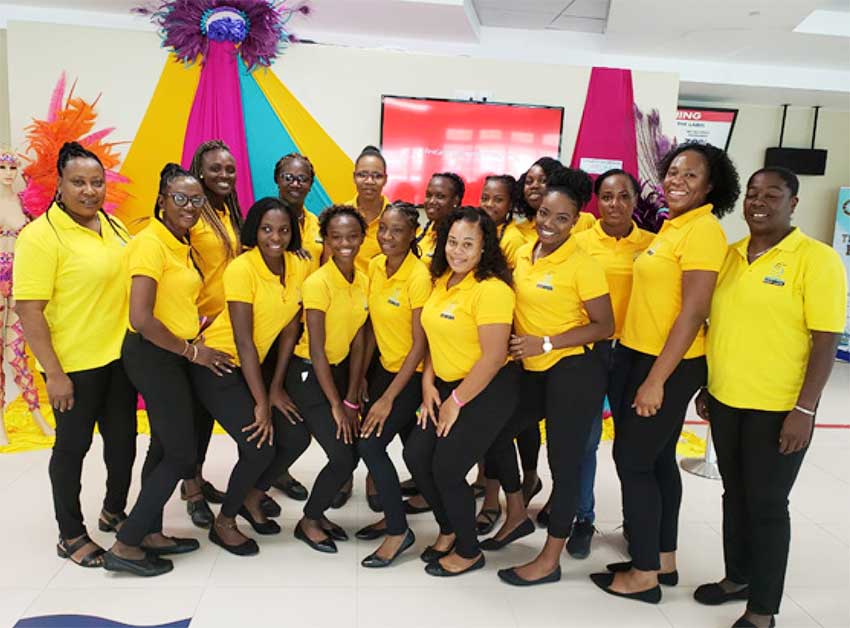 On the heels of their 64-39 defeat at the hands of Grenada on Sunday morning in their opening game and 42 – 39 versus the host country, Saint Vincent and the Grenadines in their second outing on the evening at the Arnos Vale Sports Facility, the Saint Lucia National Senior Netball Team, in a must win situation, will take on Antigua and Barbuda this morning from 6:00 a.m. and later this evening play the Commonwealth of Dominica at 6:00 p.m. to stay alive in the six nation tournament.

On Centre Court on Sunday evening, Saint Lucia continued their losing streak as they went down to the host Saint Vincent and the Grenadines 42 – 39.

The fourth and final quarter was the decider as the host continued to pile on the pressure with a 13 – 9 spurt to clinch the match.

Leading the way for the victors were Maryann Frederick who scored 32 from 40 attempts and S. Davis, 10 from 12 attempts.

For St Lucia, Dasha Eugene netted 14 from 18 attempts and Shem Maxwell 25 from 37 attempts.

Saint Vincent and the Grenadines had 52 attempts and scored 81 percent, while Saint Lucia had 55 attempts scoring 71 percent.

On the morning of Sunday 16th, Team Saint Lucia opened their campaign going down to Grenada 64 – 39.

The game which was originally scheduled for Saturday 15th June got rained out and was subsequently rescheduled for 6.30 a.m. the following day.

On Centre Court, Grenada maintained a strangle hold on the game from the opening whistle as they jumped to a 12 – 7 lead at the end of the first quarter. They continued with a 17 – 13 run in the second quarter and the half ended 29 – 20.

Following the resumption they continued to dominate, outscoring St Lucia 18 – 11, as they mustered a 47 – 31 at the end of the third quarter.

There was no letting up as St Lucia began to wilt under the pressure as they could only manage 8 goals to their opponents 17.

Leading the way for the Spice Girls were, Goal Shoot L. Cato with 56 from 66 attempts and Goal Attack C. Roberts, 8 from 12 attempts.

For St Lucia, Shem Maxwell netted 22 from 31 attempts and Dasha Eugene 17 from 28 attempts.

It must be noted that Grenada had 78 attempts at goal and scored 82 percent, while St Lucia managed 50 attempts and scored 78 percent.