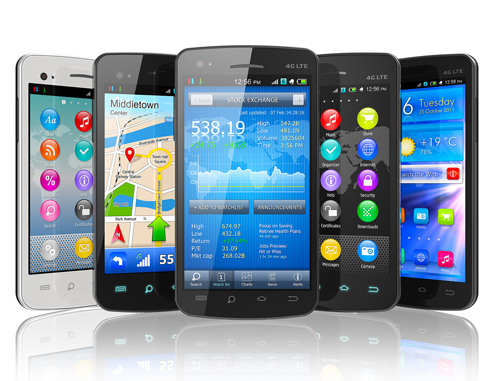 More benefits are coming to mobile telephone customers in the Commonwealth of Dominica, Grenada, St Kitts and Nevis, Saint Lucia, and St Vincent and the Grenadines.

Mobile Number Portability enables consumers to keep their current mobile telephone numbers when switching from one mobile telephone operator to another.  This service removes the inconvenience of phone users having to inform their contacts, family and friends of a new number after changing their mobile service provider.

The formal announcement was made on May 23rd at the 39th ECTEL Council of Ministers meeting at the Harbor Club in Saint Lucia.

“Quite a bit of work went into it over the years leading up to this point.  We have had resistance in certain quarters. We have had some of the providers who have raised their own concerns about bearing the burden of the cost of the equipment and what is required. And that it would also have implications for their projections because at any point in time somebody can choose to switch a provider,” said Joseph.

However, the Minister said the intention of liberalisation is to attract more than one provider and to take the OECS to the point where “this system is fully open in the way that it can be utilised by the customers.”

The MNP project began in 2015 with a decision by the ECTEL Council of Ministers to implement local number portability for both fixed and mobile phones.  The introduction of MNP means that consumers can now switch their attention to other telecommunications issues, such as service quality, service offerings and price.

An important benefit of Mobile Number Portability, according to Honourable Joseph, is that it will allow easier entry of another provider into the telecommunications sector.

“So while I may not expect a wholesome move of persons switching providers MNP would be creating an avenue where other players can enter into the market and capitalise on the goodwill of the market, as a new entrant would be able to help us see better liberalisation, not just in Saint Lucia but across the ECTEL member states. And that is what I’m really looking forward to. So the work being done by ECTEL is not just for consumers in one area but to fully realise what was done when we went for liberalisation of the telecoms sector to get it fully liberalised by having providers who can compete and bring the best quality at the best price to the customers across this region,” the Minister stated.

Mobile Number Portability will be available to post-paid and pre-paid mobile consumers of all service providers within the ECTEL region, as long as the customer’s number has not been barred, restricted, suspended, or handsets reported stolen or lost to the current provider.

There will be no charges for number porting.  All porting or switching charges will be met by the service provider.  However, the current provider may charge for the new SIM card and unlocking the customer’s handset, before the number is ported.

At the 39th ECTEL Council of Ministers meeting, where MNP was discussed, four out of the five Council members were in attendance. Joining Honourable Joseph were Honourable KelverDarroux from the Commonwealth of Dominica, Honourable Gregory Bowen – Grenada, and Honourable Vincent Byron Jr. from St Kitts and Nevis. Absent was Honourable Camillo Gonsalves of St Vincent and the Grenadines.

The Ministers all agreed that the introduction of Mobile Number Portability was one more success of ECTEL’s mission to improve the telecommunications regulatory environment in its Member States.

Information on Mobile Number Portability is available through the NTRC or on Ectel’s website.