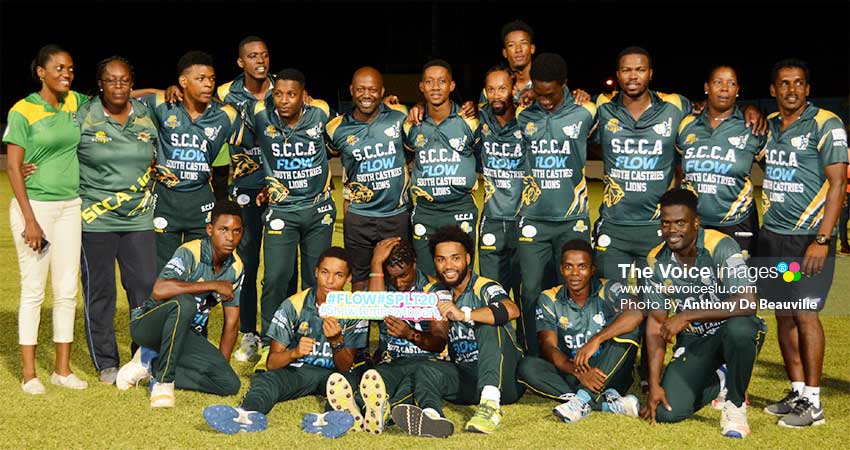 As hundreds of Saint Lucians and visitors alike will be heading to the opening of Carnival 2019 scheduled for today from 7:00 p.m. at the Sab Sporting Facility in Vigie, a number of national sporting federations and stakeholders in sports will be keeping their fingers crossed that Saint Lucians will find the time and come out in their numbers to lend support to the various sporting activities taking place this weekend.

Today (Saturday 25th) the curtains will come down on the Saint Lucia Football Association Inc. Northern Zone Under- 11 and Under -13 Football Tournament at the Corinth Playing Field.

The Third Place Play Off for the Under- 11s will be played between Monchy FC and Flow Lancers FC at 10:00 a.m. This will be followed by the Grand Final at 11:00 a.m, between Northern United FC and Valley Soccer FC.

In the Under-13 Division, from12.45 p.m. Big Players FC will take on VSADC for the Third Place silverware; while Northern United FC will clash with Lancers FC in the grand finals scheduled for 2.15 p.m.

On Sunday 26th, in the SLFA Eastern Zone Under-13 at the Desruisseaux Playing Field, from 3:00 p.m. for the Third Place silverware, RYO FC takes on TGM FC; while El Ninos FC plays Togetherness Youth for the championship trophy at 4.00 p.m.

A number of past national basketball, netball and volleyball players of the 70s, 80s and 90s will be on show.

Also in Vieux Fort, just a stone’s throw away from the Independence Day 40, Family Fun Day; from 1:00 p.m. the Saint Lucia Moto X Club will be in the thick of things as they continue to play homage to one of their stalwarts, Oswald Simon who passed away recently. A number of Saint Lucia’s finest Moto X riders will compete in the various classes of races – Pewee, A, B, and C.

Football action continues today in the Dennery Football League (DFL), with one match on the card; from 6:30 p.m. DCYO will play Hilltop Ballers. On Sunday 26th, tournament leaders Piton Travel All Stars take on All Black Dennery at 6:30 p.m.

The Fond Assau Playing Field (Babonneau) will come alive as the MPR, Turbo King sponsored Marchand Football League Invitational stages the semifinal round of the tournament.

On Sunday 26th, the Marigot Playing Field, is also in for some sporting entertainment as Timeoutentainment will, for the second consecutive time, stage another edition of the FUTSAL knockout competition. Ten teams from Marigot and environs will compete for the EC$1000.00 grand prize. Winner takes all!