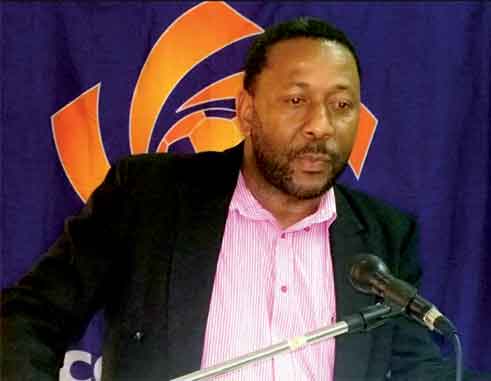 THE Saint Lucia Football Association Inc. on Monday 20th May 2019 met with its national Under-23 players at its Headquarters in La Clery, where they were introduced to the coaching staff and technical team.

Re- elected President of the SLFA for the next four years, Lyndon Cooper, gave an overview of the meeting outlining the procedures undertaken in realizing Saint Lucia’s participation at the Football World Cup and the achieving of the five year development plan.

To this end, a decision has subsequently been taken to merge the current crop of Under-23 players with the senior national team with the view that by 2021 they will become a solid unit, adequately prepared to represent Saint Lucia with distinction and pride.

It was also announced that following recommendations and findings by the newly appointed Senior Coach Jamaal Shabazz, players would be engaged into a contractual agreement and placed on retainer. Those players would then have to demonstrate complete compliance to remain in the set up.

Head Coach Shabazz addressed the gathering and provided insight into how he sees his role in the scheme of things, as well as his plans and expectations in order to fulfill the SLFA’s mandate.

Shabazz reminded the players that football is no longer solely a past time, but in some instances, a career which could in the interim and longtime future provide beneficial opportunities for them.

He noted that in order to achieve the desired objectives set out, players needed to be committed and disciplined. They also needed to maintain a high level of physical fitness, be willing to work hard, and be able to conform and adapt to the tactical set up administered.

The entire technical team will be responsible for the overall administering of the programme outlined by the Head Coach and total cooperation is expected from all.

The players will commence training sessions on Tuesday 21st May 2019 at the Football Technical Centre in La Ressource (Dennery) from 4:00 p.m.