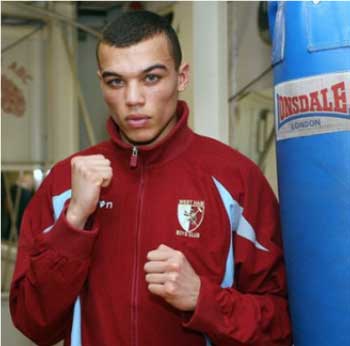 The Saint Lucia Olympic Committee Incorporated wishes the Saint Lucia Boxing Association every success in its quest to have a Boxer qualify for this year’s Pan American Games in Lima Peru, when they participate in a qualifier in Nicaragua, April 5th-10th 2019.

This initiative is entirely a boxing affair but the Saint Lucia Olympic Committee Inc. has made a considerable financial contribution to the effort by providing the sum of EC $20,515.33, which will go towards airfares (EC$ 11,150.18), accommodation and meals (EC$ 9,365.15).

Making the trip to Nicaragua is boxer Dudley O’Shaughnessy, his coach Brian O’ Shaughnessy and President of the Saint Lucia Boxing Association, David Christopher as manager.

O’ Shaughnessy, who is expected to compete in the 69 kg class, was expected to arrive in the Nicaraguan capital on Friday 29th March well ahead of the start of the qualifiers.

The local Boxing Association has been asked to contribute EC$4939.32 which will come from their SLOC Inc allocation for 2019.

Dudley O’Shaughnessy (born 17th October 1989), is an English ABA Welterweight Boxing Champion. He was born in East London to a Saint Lucian father with Afro-Caribbean and Irish heritage and an English mother.

O’Shaughnessy (also known as lil saint) was an amateur boxer from the age of 9, after being introduced to the sport by his father, who himself was a former boxer. O’Shaughnessy lost a fight to Northern Irish boxer Matthew Johnston, who trained with the Abbey Boxing Club. He became the British amateur welterweight champion in 2010, after being the runner-up in 2009. However, he was still overlooked by the British Olympic Association.