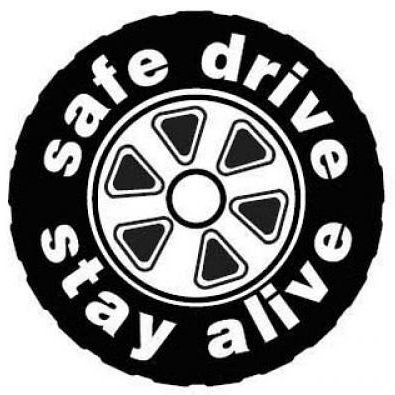 Human beings have no right to drive as fast as they do, yet they persist anyway. Considering that vehicles may very well be deemed lethal weapons and the amount of room for possible error between destinations, it is insane to think driving speeds, particularly in this country, are left mostly to discretion.

Even though there are speed limits (residential areas 20 mph and major highways 40 mph), in far too many cases the law is not enforced to a point where people respect it. After driving school, not many people even seem to know what those limits are in and out of the city.

Worldwide, there are upwards of 1.3 million traffic fatalities every year. According to the National Highway Traffic Safety Administration, 94 per cent of those are the fault of drivers. Thousands of people are left disabled as a result of road accidents, many of which they did not cause. Depending on one’s perspective, these might be viewed as the lucky ones, as those truly unlucky never again saw the light of day.

Getting into a car and driving to any destination is risky, yet we do it every day. Getting to and from Gros Islet and Castries, the average Saint Lucian spends at least two hours sitting in traffic during high peak hours, on a good day. In total, at least 40 hours a week are spent sitting in traffic, a basic workweek for some people, which we do not get paid for.

It would seem that the ever-increasing traffic contributes to driver frustration, and recently that has become even more apparent with drivers behaving more selfishly on the road – no one wants to give breaks, and God forbid if any driver would choose to wait until someone makes a left or right turn instead of swerving into the other lane with barely a care for incoming traffic.

Just this week the island recorded yet another death on the roadways, this time in an incident involving a coaster and a motorcycle (see story on front page). The incident brought the total number of fatal accidents for the year to 3.

Of course, this is the point at which the discussion of safe driving begins again. What to do at this juncture to ensure that people using the roadways are safe? Increase the number of traffic officers policing the highways? Follow the rest of the world with speed monitoring devices? Implement legislation for the use of strictly self-piloting vehicles? All of the above?

Where vehicles driven by robots are concerned, at least we can be assured the robots would be better drivers than we are by way of the fact that they wouldn’t be so easily distracted, thus they’d be better focused on the road, better at maintaining a steady speed, which would translate to better fuel efficiency, and better at analyzing GPS and other travel related data in order to make adjustments as necessary. The robots (thankfully) wouldn’t be susceptible to road rage, wouldn’t drive and text (we hope), wouldn’t eat and drive… or do any number of things the average human would.

A TIME magazine article opined that because of the extensive gap between humans and machines when it comes to road safety, the next step after making driverless cars legal would be making them mandatory. On our side of the globe, it is questionable (to say the least) whether anyone would want to get into a driverless car to navigate the hills, valleys, and dangerous curves that lead the way to the south, or even to travel on the seeming roads to nowhere, that eventually take one to some of the most populated areas in Saint Lucia.

Cars driven by robots are always an option, but in the meantime, perhaps us acting like sensible human beings is a workable solution that can also save lives!