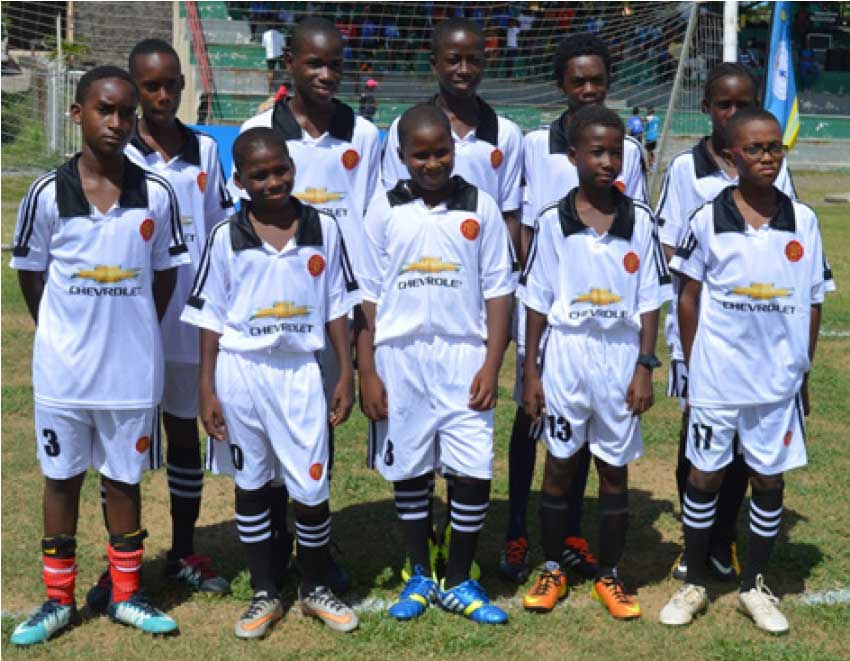 On Thursday, April 4th the St. Lucia Football Association, in its continued effort to further develop the sport of football on the island presented a set of uniforms to ten clubs currently participating in their Under 11 and Under 13 zonal competitions.

This timely donation which was facilitated by the SLFA Inc. through its FIFA Youth Football Development allocation was presented to the Clubs who have complied with the Club Licencing Programme.

Presenting the donation on behalf of the SLFA Inc. were President Lyndon Cooper and General Secretary Victor Reid.

Following the receipt of the equipment, the Clubs expressed delight and indicated that this intervention through timely was long overdue.

Matches in the SLFA U-11 and U-13 Football Competition continue today at the Sab Playing Facility.

Lancers FC versus Flames FC and VSADC plays FC Pioneers. Both matches kick off at 10 a.m.

From 11 a.m, New Generations FC will play Big Players and B1 FC will go up against Monchy FC.

In the Western Zone U-11 at the Marigot Playing Field:

In the Northern Zone U-13 scheduled for Sunday 7th at the Corinth Playing Field from 11 a.m. Lancers FC plays B1 FC; VSADC plays Monchy FC at 2.45 p.m.; while Northern United takes on GMC United at 4 p.m.

Eastern Zone U-13, on Saturday 6th, at the Desruisseaux playing field, from 1.30 p.m. Piton Travel plays RYO and El Ninos takes on Lion Heart at 3 p.m.

They are RV Jr’s FC topping Group A followed by 87 All Stars FC. CT Foundation heads Group C followed by No Fear FC, while in Group D, T Valley FC is in first position followed by Foundation.

Sarrot FC has qualified in Group B with the other position and Group leader to be decided by the winner of the Allez FC and OBLA FC matchup, scheduled for today (Saturday 6th April) at the Marigot Playing Field from 4 p.m.