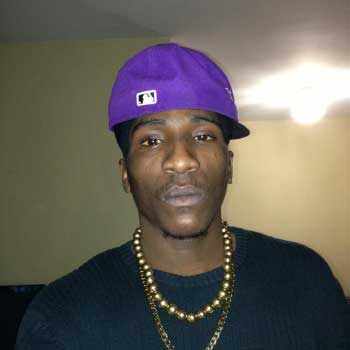 On the morning of March 31st, at approximately 7:30 a.m, two young men on a motorcycle collided with an on-coming coaster on Waterworks Road in Ravine Chabot. The young men were heading to Independence City while the coaster with license plate TX465 was heading toward Castries. The young men aboard the motorcycle were 36-year-old Sanjay Fatal also known as Brad of Independence City, and his 26-year-old brother Zanius Fatal. Both men sustained severe injuries from the crash. The rider, Sanjay Fatal, died shortly after he was taken to the hospital. Zanius remains in stable condition. According to the driver of the coaster, the motorcycle allegedly plunged into the coaster while overtaking a silver SX4. The driver of the SX4 was unavailable for comment. Police are currently investigating the circumstances of the accident.

The accident occurred just yards away from the area where Sanjay lived across the Castries River. Relatives, neighbours and residents were alarmed by the sound of impact and quickly proceeded to the location of the accident. Sanjay was reported to be unresponsive until his wife, Tracy Fatal, appeared at his side. Two ambulances eventually arrived on the scene and Sanjay was the first to be taken away. The driver of TX465, an employee of Evergreen Passenger Transport, appeared tremulous, while the mother of Sanjay and step-mother to Zanius was too distraught for comment.

Sanjay rode off alone that morning to get something for his wife from the grocery shop and picked his brother up along the way. She was talking with a neighbour while she waited for him on the balcony of their home, and the moment she asked what was taking him so long she said she heard the sound of an approaching motorcycle. Tracy glanced across the river and when she saw that it was him she smiled. But her smile quickly ended with the clash of the motorcycle. An uncle and a brother to the young men quickly arrived on the scene. They were both hoping for a non-fatal outcome.

Tracy Fatal, a citizen of Canada, has been married to Sanjay for what would have been ten years on Monday, April 8th. She, only a month ago moved permanently to St. Lucia to be with her husband. The couple were planning the celebration of their tenth wedding anniversary. Funeral arrangements have now tragically invaded the celebrations. “He was the love of my life. He was my life,” Tracy remarked the morning after the accident. She said no matter how much she tried, she could never succeed in dissuading Sanjay from rising early each morning to prepare her breakfast before going to work. That was one way of expressing his commitment. Tracy has been shattered by her husband’s death and was further distressed when she was not allowed to remain with him until the end in the emergency room. She has not slept since the morning of the accident.