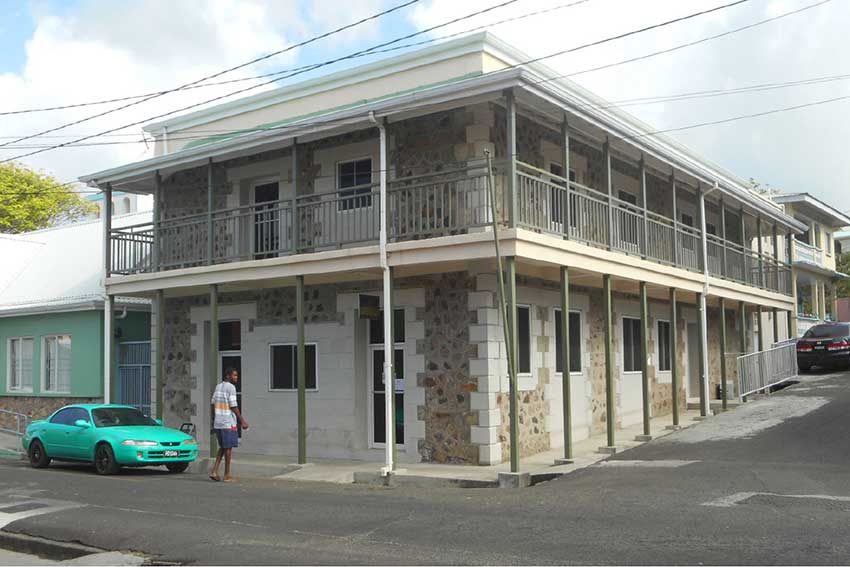 The closure of the Vieux Fort Magistrates’ Court for close to two months due to mould infestation is of grave concern to residents and police officers attached to the Vieux Fort Police Station.

And what is even more annoying to them is that since its closure in January, nothing has been done to rectify the problem.

According to a police officer attached to the Vieux Fort Police Station, the situation gets worse day by day because the cases to be heard in Vieux Fort are piling up.

“There is a backlog of cases which is constantly increasing…” he told this reporter, adding that members of the public are constantly bombarding him with questions as to when will court be resumed in Vieux Fort.

The officer said he has no idea when the authorities will address the problem which requires immediate attention.

The building in which the magistrates’ court is housed was recently renovated. It was an abandoned building which housed the Vieux  Fort Police Station for many years.

However, less than a month after it was renovated, staff of the court began complaining of much discomfort which made them unable to perform their duties in the building.

According to a member of staff, after spending a few minutes in the building they experience itching and headache. “We feel as if something is pricking our skin…” a staff who spoke to this reporter on condition of anonymity said.

Anthony Bellas, a Justice of Peace in Vieux Fort is making a clarion call to the relevant authorities to address the problem sooner rather than later.

“The problem needs urgent attention. It’s serious…” he said, adding that in the interim, the relevant authorities should lease a building for court.

Winston Lubin, another resident of Vieux Fort described the situation as very embarrassing.

“It’s a shame. The situation should embarrass the relevant authorities,” he said, adding that a building which was recently renovated should not be in such a state.

A number of people are not aware that the courthouse is closed and are often surprised when they go there only to be greeted by a notice which reads: “We are closed until further notice.”