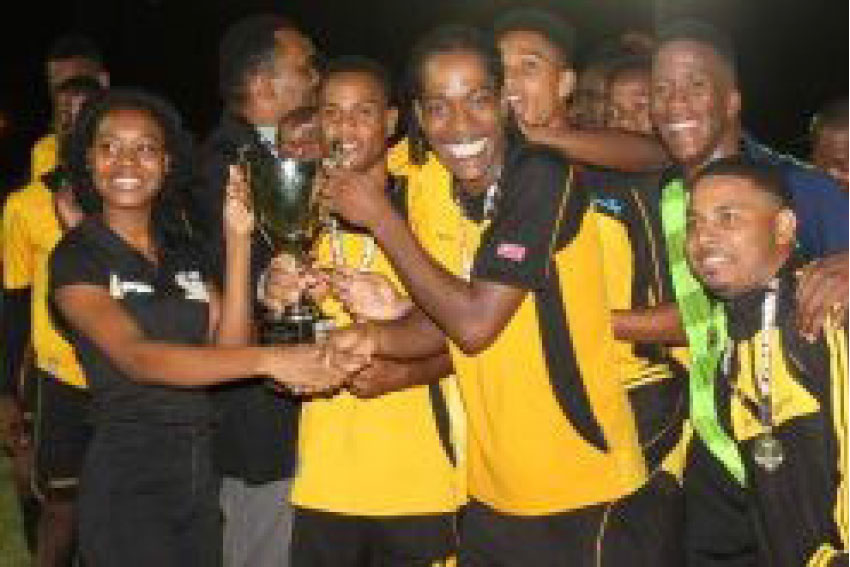 A large crowd of supporters were in attendance as they chanted for their respective teams. In the third place playoff, Royalton, with a depleted squad, put up a fight against an attacking Sandals La Toc team however, and with such a weakness of the Royalton team the writing was on the wall from the first whistle.

The final score 3-0 in favour of Sandals La Toc.

The scoreline should have been more as the massive crowd witnessed several missed scoring opportunities by Sandals La Toc.

In a much anticipated matchup between Coconut Bay and CDSL, the 2017 defending champions Coconut Bay left no stone unturned as they demonstrated why they won the tournament back to back (2016 -2017).

On the pitch, the game was heading for a 0-0 scoreline at the end of the halftime whistle, however there was an own goal by CDSL, Sylvanus Alfred in the 45th minute. This meant that the defending champions were heading back to the dressing room with a 1-0 advantage.

On the resumption, the rivalry continued as CDSL upped the tempo a few notches as they went in search of the equalizer which was not meant to be. Coconut Bay was able to double their lead in the 72nd minute with a goal from the boots of Adrian Henry: soon after Antonius Myers made it 3-0 to seal the deal for the champions in the 79th minute.