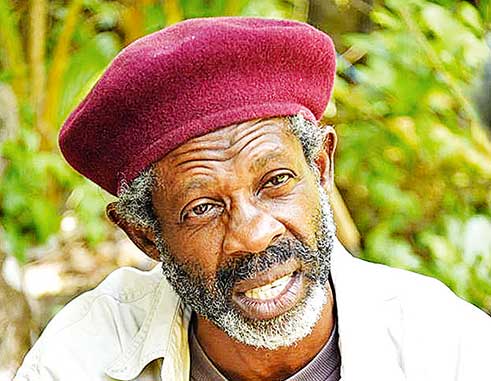 In light of the recent deliberations on the fate of several Historic Buildings in the capital City of Castries, the St Lucia Archaeological and Historical Society (A&H)has sought to find a reflective equilibrium in the matter before us as a people. The A&H approaches this task knowing that truth is seldom found in the blind opposition of forces but in the quiet harmony that reveals itself in the reconciliation of various points of view.

The issue under consideration is the announced, but already much-contested, demolition of several buildings that lay in the heart of the city: the Printery building, the House of Parliament, and the Court House. These three are to be torn down and the area transformed into a centrally located park area. This, it is said, is an effort to increase the appeal of Castries to visitors and residents. Additionally, the old HM Royal Goal has also been earmarked for demolition, to be replaced by an extension of the police barracks and a magistrate court. The Government’s case then is twofold. It is the economic stimulation, and the strengthening of the infrastructure of our nation’s institutions of law and order. Both are laudable.

And with that in mind, the A&H approached the matter with great sympathy. But as an institution founded on the ideas of heritage conservation and historical understanding these proposed projects are of great concern. As such, a team of A&H representatives have held prolonged discussions on the matter and conducted informal investigations of the sites in question. To further inform our position, back and forth communications with several segments of the conservationist and bio-cultural heritage community were carried out. The demographic and social range of those spoken to ran the gamut: from youth representatives to elder voices; and from PhDs to salt of the earth philosophes.

After due consideration the A&H’s preliminary analysis and tentative conclusions (and tentative because the full plans of the government have not been officially presented) on the specific buildings are as follows:

Firstly, the merits and demerits of the two demolition projects overlap in complicated ways. Therefore each of the four buildings should be looked at on a case by case basis.

We begin with the Old Royal Gaol, since it is the one whose neck is already under the guillotine’s blade, so to speak. Admittedly this is a building that not many St Lucians have cared to think about in any particularly fond way. In many ways it is yet another example of an inheritance, of a troubling treasure, we as a people have allowed to fall into symbolic obscurity. But the A&H agrees with the view that the building possesses invaluable architectural and historic value due to the fact that it has been credibly ascertained as the oldest building still standing in the Castries City area. It is the oldest and a most potent link to a past that both harrows us and demands to behallowed. Places of pain always speak to the human psyche in such ways, and the dark evocations of its colonial architecture are not something that can easily be replaced or ignored. For these reasons, A&H leansfirmly in the direction of those who would like to work to preserve and restore or alter it for public use.

The other building the A&H, with its deepest convictions, believes should not be with undue haste ripped out from where it stands is our House of Parliament. Although it is not a building of outstanding architectural merit it is the space where the democratic spirit of our people has found a home. All the business of our small but proudly persevering state has taken place there.For that matter, the good, the bad, and yes, the ugly. It would take a special form of ingratitude to callously tear all that down. The A&H believes that this, our modest House of Parliament, that spot where such key moments in our national consciousness as the declaration of our Statehood and Independence is of preeminent value. It is a space that should be considered inviolable and be given the highest grade of special consideration in any plans for our nation’s continued development.

The Printery Building and the Courthouse, though less distinguished in construction and legacy is still a landmark that is worthy of attention as they form part of that complex of buildings that make up what we can call the Constitution district of Castries.  The A&H believes that suggestions to demolish these two buildings are certainly not unreasonable, but sees little reason why they, on the other hand, cannot be repurposed and turned into venues of attraction that complement the House of Parliament on one side and the ever-popular Minor Basilica on the other. A Parliamentary Museum or an Exhibition Centre, for instance, were suggestions that were expressed to the A&H team.

In light of the above, the A&H agrees with the notion that the Old HM Prison and the House of Parliament should be considered structures that are of special significance and thus worth preservation, whereas the Printery building and the Courthouse may indeed be considered for demolition, but not until much needed consultation and public discussion.

The A&H wishes to emphasize its position that the demolition or reshaping of any historical structures and spaces in St Lucia should only be carried out after broad consultation with the people of St Lucia. Relevant social representative bodies such as the Opposition, the National Trust, FRC, other  civil society groups and the A&H itself should at all times be seen as worthy contributors to public projects that aim to be in the best interest of national development. The country contains a multitude of informed and informative citizens (known and unknown) who can, through public forums, bring forth the most brilliant contributions to any plans by any administration. The Administration has been duly elected to enact its vision, but vision is refined and strengthened only by reasoned and reasonable ideas. Further fine-tuning of these ideas, in both private and public mattersis birthed out of the crucibleof candid rigorous discourse.

With all this said, the A&H recommends a stay on the development until such broad consultation with relevant social bodies has taken place. For its sanctity and sensitivity the House of Parliament should be left on site. This ground is next to where Sir John Compton stands frozen in bronze in Constitution Park, the Constitution in hand pointing to the place where the people’s voices spoke through parliamentary debates, then as now. This iconic dual-image of frozen history and history unfolding should remain the center of our democracy.  A restructuring of this building (as with the Old HM Royal Goal and even with the Printery Building and the Courthouse) to incorporate, blend or fuse the old structure with bold and new architectural designs can certainly be welcomed. The A&H believes in development, but a development that is rooted in history and historical sensitivity, and not in what can be called, bulldozed development. The A&H urges the powers that be to consider these considerations.