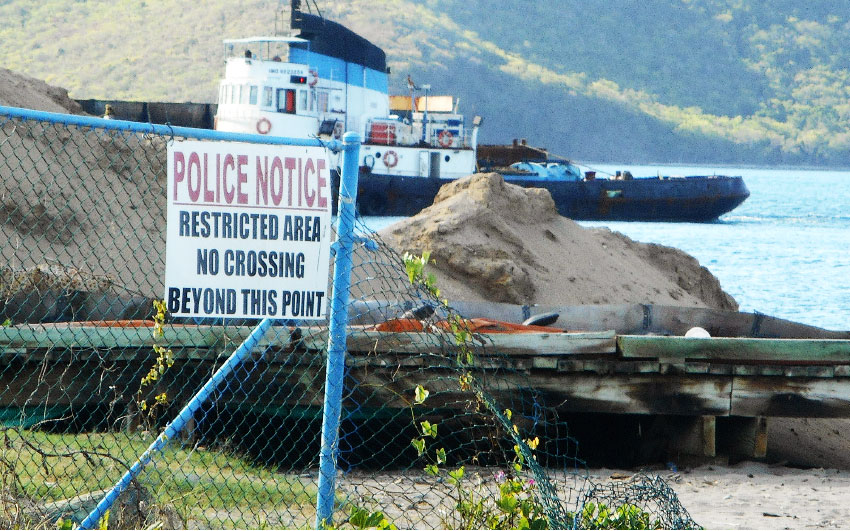 THE shallowness of the sea in the area where the Southern Branch of the Marine Unit of the Royal St. Lucia Police Force is located in Vieux-Fort has resulted in the southern branch operating without a vessel for the past six months.

The vessel is now temporarily assigned to Castries.

The excavator, which for some time now has been dredging the area where the vessel is usually anchored, was broken down a few weeks ago.

Repeated attempts by this reporter to find out when work will recommence were futile.

However, according to the officers attached to the southern branch, it appears that the dredging is not going quite well — and with the hurricane season at its peak, they feel the problem will not be addressed in a hurry.

This reporter understands that whenever the excavator removes a portion of sand from one area, more sand immediately fills the same area which was dredged.

When contacted, the Marine Police Commander Finley Leonce only said, “The matter is being addressed…”

He added that the problem is “not seriously affecting general operations” and he expects it “to be addressed in the short term.”

And while an attempt is being made to address the problem, the officers attached to the southern branch say their workload has been significantly reduced.

Currently, there are 10 officers attached to the southern branch in Vieux-Fort.