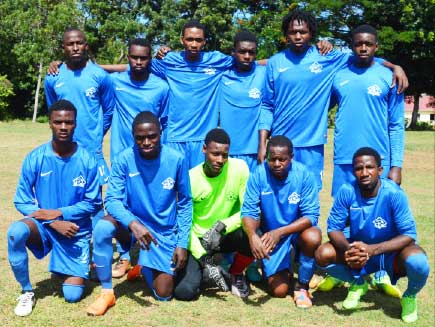 THE Desruisseaux playing field will come alive tomorrow, as hundreds of football fans are expected to converge at that facility to take in the action as the Desruisseaux Football League, in collaboration with the Saint Lucia Football Association, stages the final and third place playoffs of the Promotional League.

From 2.00 p.m. for the third place silverware, DX United will take on La CourVille

On the pitch, in the second semifinal played on Sunday 9th September, defending champions El Ninos FC defeated La CourVille FC 5-3 in a penalty shootout after the scores were 1 -1 at the end of regulation time.

El Ninoscame flying out of the blocks clearly stating their intention to get an early goal which eventually paid off in the 13th minute when Jamal Francis found the back of the nets to make it 1-0.

This goal sparked the game alight as La CourVille went in search of the equaliser which they found at the boots of KimaleAgelie in the 44th minute.

At the resumption, despite numerous attempts, the two teams squandered many opportunities offered in front of goal and so the scoreline remained 1-1 at the end of regulation time.

President of the Desruisseaux Football League, Innocent St.Ange spoke to the VOICE following the excitement on the pitch and what football fans can expect at the finals. This is what he had to say, “This was a keenly contested game in which both teams created a number of goal scoring opportunities, but the conversion rate was poor from both teams. El Ninos build up play seemed more precise than that of their opponents although La CourVille had a few good patches in that department throughout the game, they were just not consistent”.

In terms of the finals on Sunday 16th, St. Ange expects El Ninos FC to attack from the first whistle with the physical presence of Jammal Francis up front aided by leading goal scorer in the tournament Gerlannie Neptune and Clay Celise alongside him.

“I expect to see Diamond Ballers in a more counter attacking mode with the likes of Lamar Serieux out on the left flank. It should be a very interesting game given the fact that Diamond Ballers defeated El Nino in the preliminary round”. He noted.