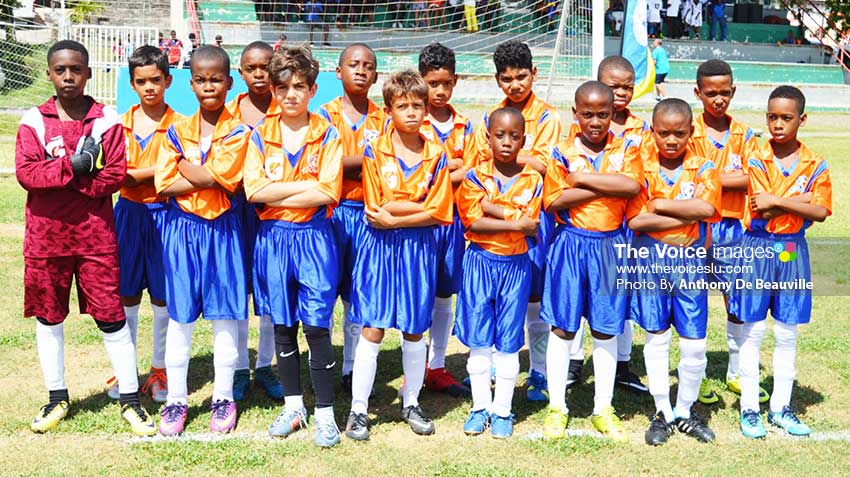 This is exactly what the doctor ordered, “Score Goals”. A combined 34 goals were scored in four divisions as a number strikers made life difficult for the custodians between the uprights.

In Game 2, Under -13 division, Lancers FC had the better of VSADC 3-1. For Lancers FC, Iam Baptiste, Nathan Alexander and Marcus Paul were the goal scorers, while Denzel Dinars pulled one back for VSADC.

In Under -15, FC Pioneers breezed past VSADC 4 -1. For FC Pioneers, Ajani Hippolyte 2, Marlon Nurse and Shaquan Nelson 1 each. Cagini Pilgrim was the lone scorer for VSADC.

Still in the Under- 15 division, Lancers FC defeated Valley Soccer FC 3-0 with goals coming from the boots of Dante Fitz (1) and DaneoCaroo (2)

On Sunday 23rd, in Under -18 action, it was sweet revenge for Valley Soccer team as they whipped Lancers FC 6 -1. For VSFC, Rio Longville continues his good run on form by scoring a hat-trick and 1 goal each from Roshaun Walters, DenylJn Baptiste and Niall Bergasse.

Omari James pulled one back for Lancers FC.

Matches continue this weekend at the Sab playing facility in all three age groups from 9.30 a.m.