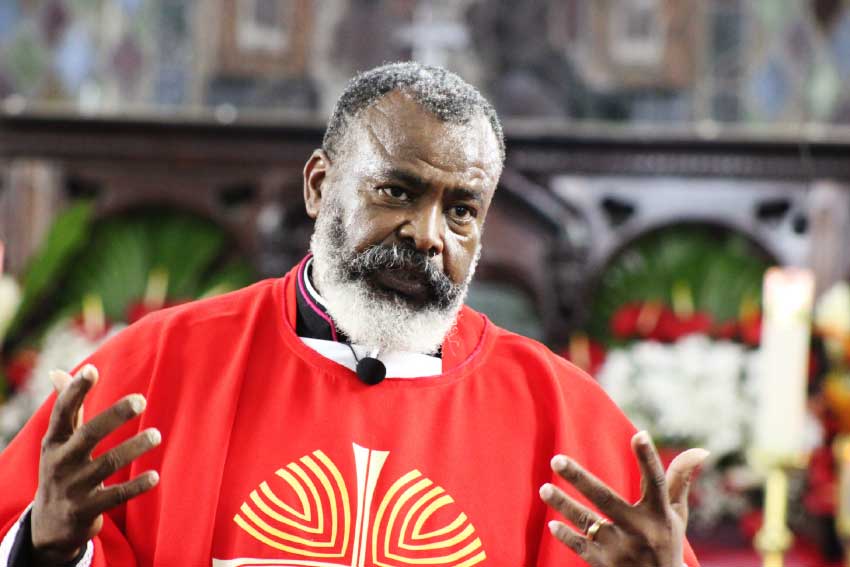 PRESS RELEASE – FAMILY day celebrations was officially established as an annual event in the Anglican churches of the diocese of the Windward islands ten years ago. The decision followed the declaration of the year of the Family in 2010 – 2011.

It was against the background of the need to continue reaching out to Anglicans, who like many other Christians are face many challenges in the practice of their faith.

Anglicans believe that Christian life involves regular praise and worship and that Christians must practice what they preach and pray.

“Anglicans however do agree that their beliefs and practice, their authority, derive from the integration of Scripture (The Holy Bible), Reason the intellect and experience of God) and Tradition (the practices and beliefs of the historical church).

Family Day therefore was primarily set a call to worship in community.

Since 2010, therefore, family day has been celebrated in all Anglican parishes in the Windwards islands. In Saint Lucia it was first celebrated in 2010 and hosted by the congregation of the parish of Holy Trinity in Castries. The activities were held at the Beausejour Indoor Facility.

Celebrations have since been held in Balembouche, Laborie in 2012, FonDorDennery in 2014, the Philip Marcellin Grounds in Vieux Fort in 2015; the Vigie Multi-Purpose Sports complex in 2016 and the Anglian School compound in RiviereDoree in 2017. The chief celebrant and preacher at family day church service in 2017 was Rev Dr. Wiltshire, parish priest of Grace parish in RiviereDoree

The celebration of family day for 2018 will held at the Fond Dor Historic Park in Dennery on Sunday September 16th, 2018, under the theme “Anglicans Embracing Christian Discipleship “.

The day’s events will start with a mass with the Bishop of the Windward Islands Leopold Friday as the chief celebrant. The preacher will be Archdeacon Christian Glasgow, who was installed as parish priest of Holy Trinity, Castries in April 2018.

A fun-filled programme of family-oriented games is planned for the afternoon. Anglicans will also participate in a range of culturally based activities including singing dancing and drama.

Archdeacon Christian Glasgow has stated that the celebration of family day is extremely important to the continuing mission of the church in Saint Lucia. It will present the opportunities to get to know the many Anglicans in Saint Lucia.

“We found that is useful getting to know others and provide support and solidarity where the congregation is small as in the case of Saint Lucia. The mission of Anglicanism is more than just going to church. Perhaps, he added, we need to be less clerical but empower lay people to do more missionary work. There was a time when people were trained as catechists and the undertook the outreach work of the church.

Family Day is a call for Anglican Christians to demonstrate the importance of the family in the community and in the country. According to the 2010 census published by the Government of Saint Lucia Statistics Department, less than two percent of the population in Saint Lucia declared themselves to be Anglicans a drop from two percent reported in the 2001 population census.

According to Archdeacon Glasgow Anglicanism is moving further towards embracing indigenous cultures and the affirmation of the indigenous identity and language in the mission of the church. While the percentage of Anglicans in Saint Lucia is relatively small, the church has the opportunity to reach out to the approximately seven percent of the population whom have declared themselves to be of none or unspecified religious affiliation.

The Archdeaconry of Saint Lucia comprises of congregations grouped as follows: the parish of the Holy Trinity in Castries with La Caye in Dennery and the parish of Grace Riviere Dore with St. Paul’s in Vieux and Christ the King in Soufriere. Archdeacon Glasgow serves as head of the Anglican community in Saint Lucia and rector of the Holy Trinity, while Rev Eleanor Glasgow rector of Grace RiviereDoree also serves the communities in St. Paul’s and Christ the King.

The Holy Trinity Anglican church in Saint Lucia was established 1843. The RiviereDoree Anglican church is one of the oldest church buildings in the island. Saint Lucia has the largest population and land mass in the diocese of the Windward islands but with the smallest number of Anglicans.