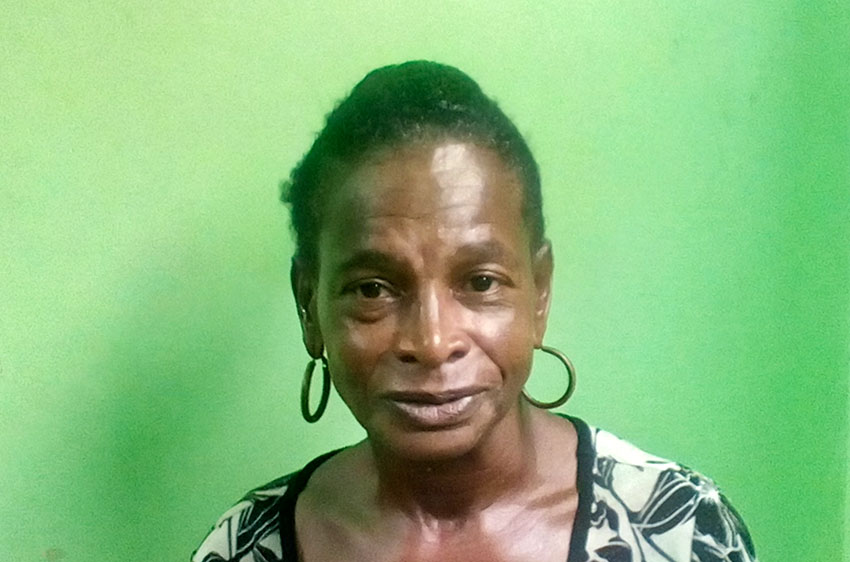 A tearful Georgiana Henry pleaded with St. Lucians to be more considerate as she relayed to the Voice a synopsis of her struggles from early on in life to now: struggles she says have been compounded by a general lack of kindness as she has experienced it.

Henry stated that she was born in St. Lucia but had to move to Barbados to improve her lot in life when she was 16 because things had become very difficult.

She opened the interview by stating: “I am being taken advantage of…” by people she comes across in general; adding that there are many rumours being spread about her being crazy; these rumours coming at the cost of her good name and her ability to earn a living.

“I’m not mad” she stated in a bid to dispel those rumours.

She added that people think her mad because she has issues with her nerves.

Touching on the financial impact these rumours have had on her, she told the Voice that although she is trying very hard to get and keep a job, it has proven difficult due to the gossip about her.

Henry also spoke about the children she had in Barbados, adding that they are in their thirties now, but they don’t send anything for her here in St. Lucia, after sacrificing much for them to go to school.

She says she returned to St. Lucia in 1992 and told the Voice that she felt compelled to tell her story because people have been taking advantage of her and it’s just not right.