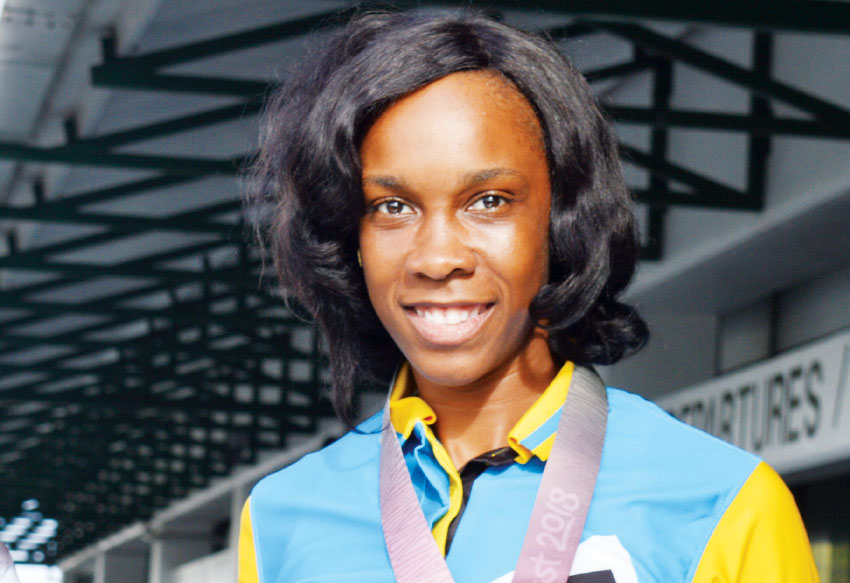 THE sweet sound of the national anthem of Saint Lucia resonated in the background while Levern Spencer was on the podium receiving yet another gold medal, this time at the 23rd edition of the Central American and Caribbean Games in Barranquilla, Columbia on Thursday evening.

The multiple Sportswoman of the Year and world-ranked high-jumper along with Trinidad and Tobago’s Javelin thrower Keshorn Walcott, were the standout performers on a day that Cuba added four gold medals to its tally.

The 34-year-old Spencer was the only jumper in the 13-woman final to clear 1.90 metres to claim her third title after victories in the 2010 and 2014 editions of the Games.

When Spencer entered the event at 1.82 metres, there were but seven other women eyeing the gold. She cleared the height at the first attempt; and then decided to pass at 1.84 metres, a height which eliminated all but two of her rivals.

With the bar now at 1.86 metres, Colombia’s and Mexico’s athletes were still able to hold on with the 2018 Commonwealth Games, Gold Coast, Australia champion, but they needed two and three trials respectively to do so.

At 1.88 metres, Spencer passed again, watching as both the Mexican and the Colombian failed.

She went on to clear 1.90 metres at ease, then a single try at 1.95 metres before retiring to take the gold medal.

“I loved this meet and representing my country. I am thankful I was healthy to jump this high and to win three gold medals,” said Spencer, who took over from Dominican Republic’s Juana Arrendel, a three-time champion as well in 1998-2006.

With this win, she has extended her record as the most successful female high jumper ever from the English-speaking Caribbean(See Editorial).