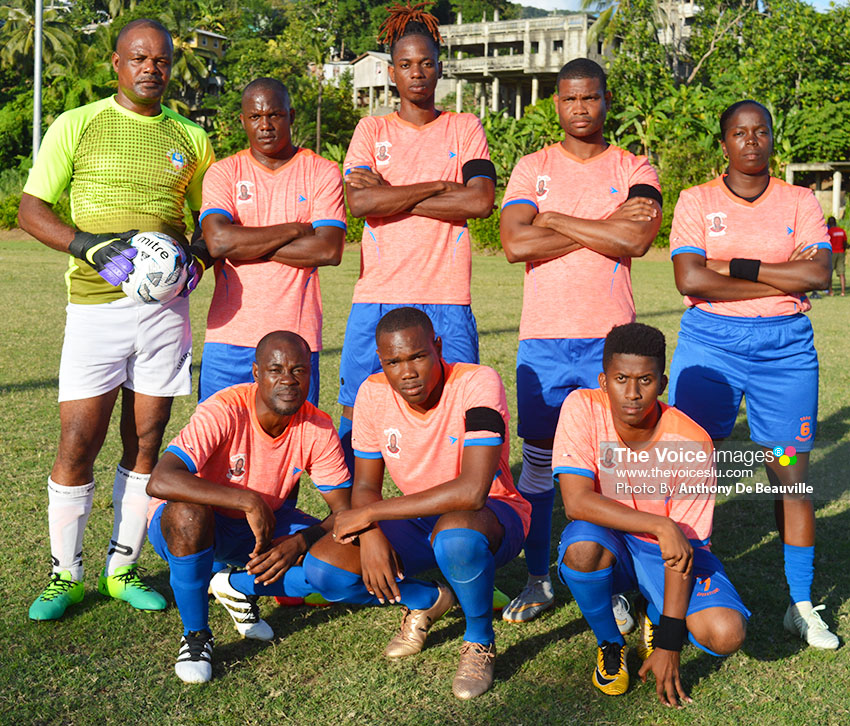 On Sunday 26th august 2018 the La Ressource playing field was a hive of football activities as close to three hundred members of the Royal Saint Lucia Police Force downed their tools, not in any strike mode, to partake in the second annual Randy Abbott football competition. The one day event also saw a number of civilians representing various teams.

The one day tournament us named after Abbot who passed away tragically in a vehicular accident was attached to the Special Service Unit.

Despite an extremely late start, and one player having to be taken to hospital after colliding with another player, one day’s event was a huge success as the semifinal and finals had to be played under lights with the SUPER 8 team defeating the Boys Training School with Alvin Xavier in their lineup.

It must be noted that the 2017 defending champions SLASPA had merge with CID.

One of the main highlights on the day was the 15 members strong Special Olympics team with young ladies included, smartly decked in their blue attire. It was certainly a joy to watch that particular game with interest as they gave the Bordelais Correctional Facility team a run for their money on the pitch And despite their physically challenged ability, that game ended 2-1 in favor of BCF.

In other awards presented, the third place silver went to IMPACS; the Best Turn Out team award went to operations, while the MVP of the Tournament went to Gavin Kisna. The RSLPF Welfare Association/ the Police Week Committee presented Latoya Abbott and Sherdae Abbott wife and daughter of the deceased, with the plaque.

President of the RSLPF Welfare Associations Stacin Chicott spoke to the VOICE following the event, He said, “I am pleased; fifteen teams came out including Special Olympics, we encompass a cadre of players what came out to entertain the crowd”.

What was really important for, us is that showed the community what it is to work together with the police in spite of the many challenges we have had over the years in terms of the number of calls against the police violating the community and our tenacity in terms of our organization”.

“This Tournament has grown leaps and bounds, just the presence of the wife of the deceased Latoya and daughter Sherdae Abbott takes us to the end. Latoya opened the tournament and she remained up until the awards, says a lot. The family has embraced us as an organization and whatever we can do to assist we will do. A lot of the times when a police officer loses his life the organization kind of goes to the sidelines. As president of PWA my mandate is to include everybody and make sure everyone become part of this great organization”.

Meanwhile, the police social activities will continue throughout September, but come October it will be Ladies time as they will compete in the RSLPF Netball Festival. To bring the curtains down on Sunday 2nd December the much talked about Mr. and Miss RSLPF Pageant and Award night will be held.