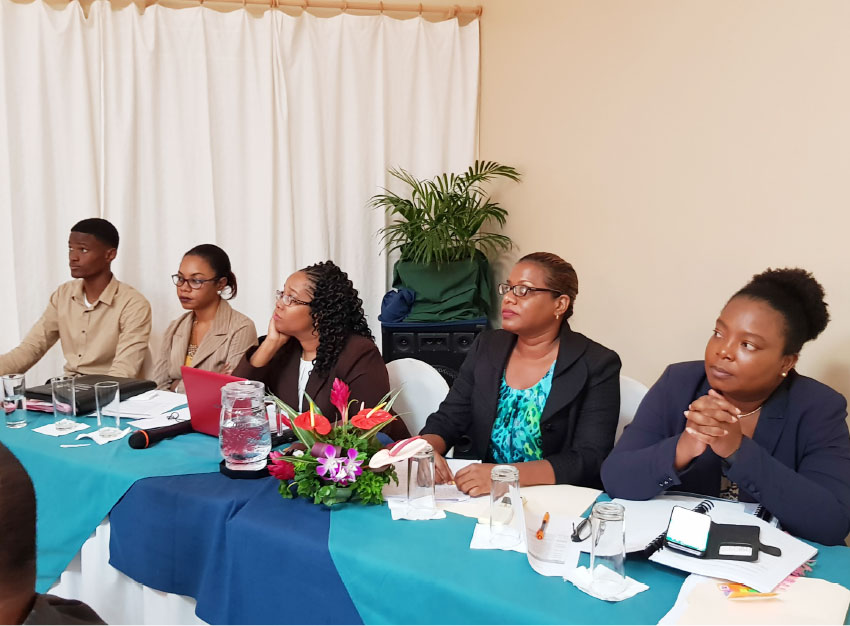 THE Attorney General’s Chambers is taking steps to ensure Saint Lucia’s compliance with international law in combating money laundering, terrorist financing and the proliferation of weapons of mass destruction.

The Chambers recently concluded a National Risk Assessment (NRA) Workshop with experts from the World Bank.

Held over three days (July 24-26) at the Bay Gardens Marina Haven, the workshop was attended by participants from the public and private sectors.

It was the second hosted by the Chambers this year, the first held on July 11 and 12.

According to a statement from the AG’s Department, “Participants were sensitized about the NRA process by presenters from the CFATF Oversight Committee and were encouraged to join six teams, each examining a specific sector in Saint Lucia.”

It also indicated that “Lisa Bostwick from the World Bank brought greetings and with the aid of her team took the participants through the ‘World Bank Tool’ to be used by the teams to collect data from specific sectors (such as Banking, Insurance and Securities, Other Financial Institutions and Designated Non-financial Businesses and Professions).”

The Chambers explained further that “This data will then be used to compile the NRA report for Saint Lucia, which will be presented to the Cabinet of Ministers and the Caribbean Financial Action Task Force (CFATF) six months before the on-site visit.”

The statement points out that the NRA report “is a fundamental requirement because Saint Lucia will be undergoing its fourth round mutual evaluation by the CFATF in September 2019.”

The CFATF, a regional body, conducts evaluations across the Caribbean to determine a country’s compliance in combating money laundering, terrorist financing and the proliferation of weapons of mass destruction.

The statement noted too that “Saint Lucia’s Attorney General highlighted in his opening remarks on July 24, 2018 that this exercise is of national importance.”

Meanwhile, the AG’s Chambers says a second workshop with the World Bank will be held later this year, as the international financial institution is providing assistance to Saint Lucia throughout the NRA process.

According to the statement, “Caucus meetings will be held with various companies and cooperation is being encouraged as the most accurate information is needed.”

It further explained that “The accuracy of the information provided will assist the government in allocating limited resources to its most vulnerable areas when addressing Saint Lucia’s threats and work with respect to money-laundering and terrorist financing.”

According to the Chambers, “Participants indicated they found the information very useful and have begun their data collection work.”