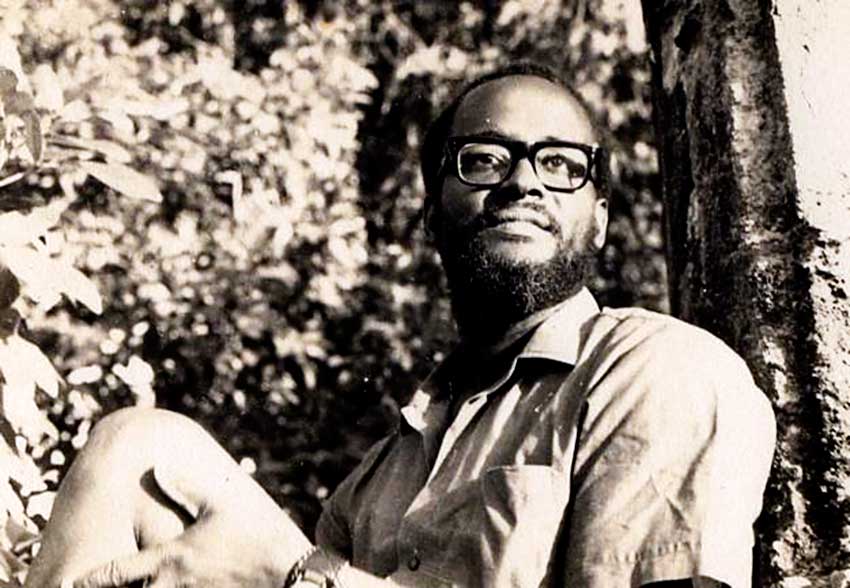 The Board of Directors, management and staff of the Cultural Development Foundation (CDF) express condolences on the passing of Garth St. Omer. We extend sympathy to his family and the extended arts fraternity, as we all remember his dedication and impact on Saint Lucian literature. May his contribution to Saint Lucia’s cultural history and identity always be remembered through his extensive body of work.

St. Omer was a prolific writer and publisher of Saint Lucian history and poetry. After graduating from St. Mary’s College in 1949, St. Omer taught for seven years at Caribbean high schools. By 1956, he had enrolled at the University of the West Indies in Kingston, Jamaica. He graduated in 1959 with honors in French and Spanish. From 1959 to 1961, St. Omer taught English in French high schools. St. Omer moved to Ghana, where he taught English and French at Apam Secondary School for five years.

Garth returned to Saint Lucia in 1966 and devoted himself to his career as a writer, which had been launched with the 1964 publication of his short story “Syrop,” about a young African Caribbean man who is killed by the propeller of a passing ship on the day he has finally landed a job. In 1967, St. Omer received a writing grant from the London Arts Council and continued to write in Saint Lucia and London. His first novel, A Room on the Hill, was published in 1968.

St. Omer’s next works appeared in rapid succession. His two novellas, collected in Shades of Grey, both feature young African Caribbean men suffering from a lack of hope as they contemplate their stagnant island lives. In 1969 St. Omer began studies for his master of fine arts degree at Columbia University, which he received in 1971. By 1972, the next two novels had been published.In 1975 St. Omer received his Ph.D. in comparative literature from Princeton University and joined the English department of the University of California, Santa Barbara (UCSB). In 2002, Garth St. Omer, in his early seventies, was still teaching a full load as English professor at UCSB.

In 2017, the Cultural Development Foundation recognized Garth St. Omerduring the Cultural Icon Series for his work as a Saint Lucian literary pioneer. In abstentia, the icon’s work was featured in a 2 hour concert which featureda variety of artists interpreting St. Omer’s writing through Dance, Theatre, Poetry and Music. The Cultural Icon Series is an inspirational project aimed at paying tribute to Saint Lucian artists who wrote about, painted, composed and created a large part of the Saint Lucian identity and share their histories, stories, experiences and work.