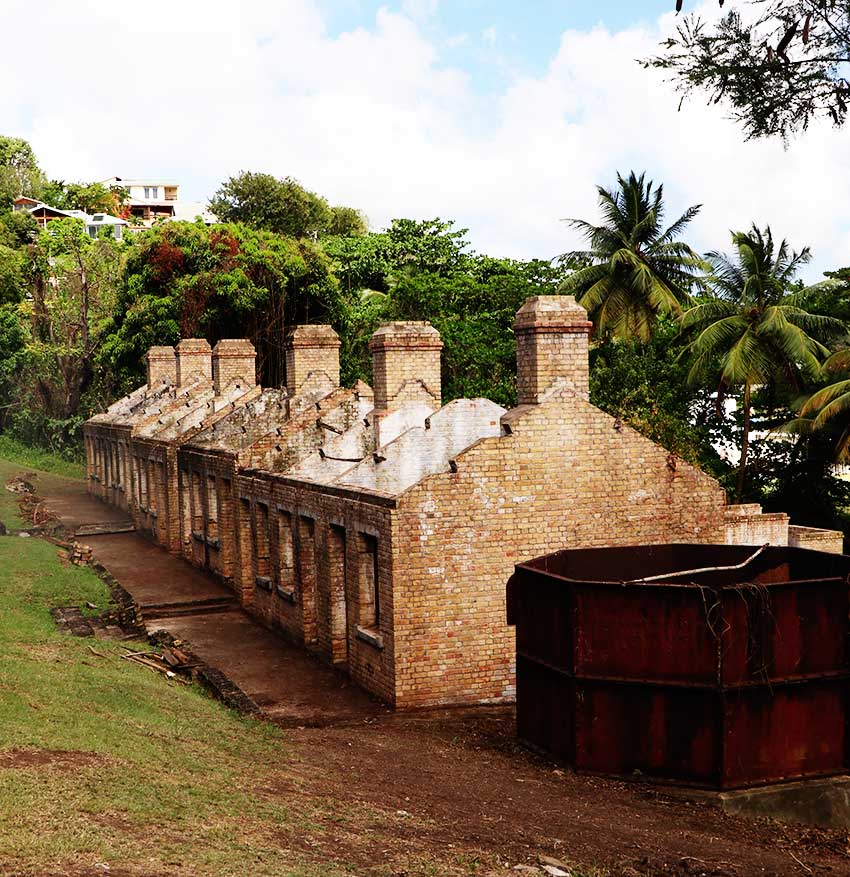 PRESS RELEASE – Staff volunteers from the St. Lucia Electricity Services Limited (LUCELEC) joined the Saint Lucia National Trust staff and members in the clean-up of the Married Women’s Quarters at Vigie in early April. The extensive clearing was labour intensive work that involved cutting and piling of small shrubs, loading trucks with tree trunks and other debris for hauling away, as well as raking and piling of leaves and grass.

In the lead up to that day’s activity a contractor executed heavier works such as cutting vines and trees inside and up to 10 feet outside the building. A compost pile was also made and logs cut to be later carted off by the LUCELEC and National Trust volunteers. The contractor was funded by LUCELEC and chosen together with the National Trust for their expertise in working on historical sites.

The Married Women’s Quarters is an important part of Saint Lucia’s military heritage. It was completed about 1900 and abandoned in 1905. The property which includes the Meadows Battery was vested in the National Trust in November 2015 for eventual conversion into a national museum.

The site remains undeveloped due to a lack of adequate funding.

The clean-up campaign was undertaken to reveal the architectural uniqueness and beauty of the military structures. Other important considerations were the rate of deterioration and the safety of the area.