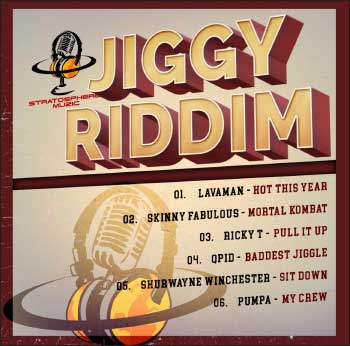 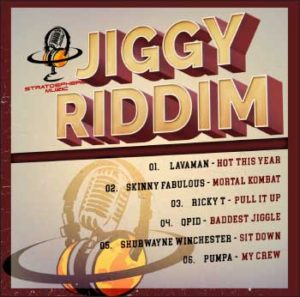 The brand new 2018 music is fused with world beats, including percussions from the Dennery Segment genre currently dominating airwaves across the world.

The artistes riding the Jiggy Riddim are Saint Lucians Ricky T with “Pull It Up” and QPid with “Baddest Jiggle”.

Also featured are Skinny Fabulous from Saint Vincent with “Mortal Kombat” and Pumpa from St Croix by way of St Kitts with “My Crew”.

Grenada soca artiste Lavaman sings “Hot This Year” and Shurwayne Winchester of Trinidad rounds off the Jiggy Riddim with “Sit Down”.

That’s six countries to officially kick off the 2018 Saint Lucia Soca season for the label whose 2017 hit “Sully” by Ricky T won the Road March title.

The Jiggy Riddim is produced by Courtney Louis and Chady Foster and is mixed and mastered by Andrew Denny of Barbados.

The choice to have so many islands on this one sound was deliberate.

The aim is to get Saint Lucian music into more markets and forge a bond between the Caribbean artistes that forward the soca cause across the world.