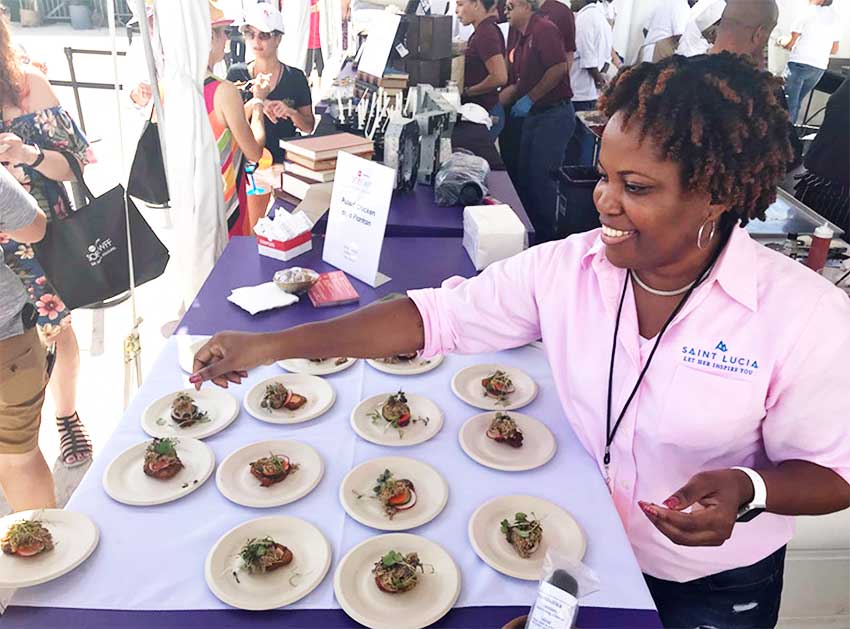 Chef Shorne was voted “Best Bite on the Beach” by the Miami New Times with his culinary creation of spicy pulled chicken on plantain, receiving high praise from the patrons, chefs, culinary students and food lovers present from around the world. The SLTA’s Director of Marketing – USA Kelly Fontenelle, who was on hand to provide destination information to patrons, stated “SOBEWFF was a great experience for Saint Lucia. Shorne has a unique way of bringing the taste of the island through his food, leaving patrons wanting more and creating greater awareness for the island.”

SOBEWFF is a national, star-studded, five-day event showcasing the talents of the world’s most renowned wine and spirits producers, chefs and culinary personalities attracting more than 65,000 guests annually.

Chef Shorne is a regular participant at the Food Network’s Annual Wine and Food Festival in New York and at the Annual Rum & Rhythm Benefit Gala, where he serves as the Official Chef of the Caribbean Tourism Organization. He recently added “winner” of the Grace® Jamaican Jerk Festival Celebrity Chef Throw Down to his resume and was invited to participate in New York’s African Restaurant Week.