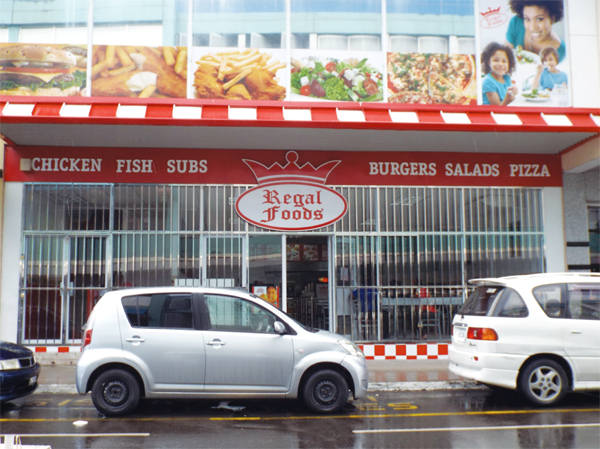 I COULD be getting the winning lotto numbers – I would still be morose to drive there. I absolutely hate going to the city! From the time I cross the Sans Souci Bridge, my eyes scan faster than a Dell 6400 printer, my retinas metamorphose into a highly tuned micrometer, as every possible spot is measured for my prized possession – my little blue Nissan Tiida, which I call Jada. I truly can’t be blamed for my military precision and obtuse driving antics within the city of Castries. In fact, for many, I believe it has become an art. I have learned to dodge ever present, unforgiving, roll- ball happy, traffic officer. I have been late to pay bills simply because of inadequate parking, thus having to spend weekends in digital purgatory, much to the annoyance of my teenage daughter. Of course, the parking spots on the Derick Walcott Square seem the preserve of the entitled, albeit, privileged few who can afford it.

You could imagine the ginormous smile plastered on my face when the radio commercial came on with a pan Caribbean voice. It relayed “the problem starts with finding a suitable spot. It extends to double parking.” At that point I felt like the ad was written just for me. It continued “off loading zones are ignored thus inconveniencing commercial activity” Yep! I’m guilty of that one too! “Handicapped spots are occupied by drivers who use the quick-errand excuse.” – like my mother-in-law, that’s her habit self! “and of course, the constant fear of parking tickets.” Just last month I had to pay two tickets in that green guava season.

“In an effort to curb these and other parking related issues, the Castries Constituency Council will be implementing short-term paid parking.” By that time my ears perked up. “$3.00 an hour can save you $500.00 in parking tickets.”

As the music returned to the airwaves, a bucket of mixed emotions overtook my larynx and out loud came – “It was about time!” As the huge green truck which blocked half of Micoud Street slowly moved away, it exposed a gap just big enough for “Jada” to fit opposite the Derek Walcott Square. As I walked away from my parked car, I couldn’t help asking the thick, dark officer with a shirt which said “City Police” a barrage of questions, and almost in a rehearsed manner, she fired back.

Me: Officer, how soon y’all will be coming with the parking terminals?

Officer: The legislation governing the parking meters is in its final stage, and you could expect them by early May 2018.

Me: On what streets will the terminals be installed?

I shook my head but, truly, I had no clue where High Street was. The officer continued…

Officer: On Bridge Street, near the Post Office, and another on Upper Bridge Street, the corner of Laborie and Micoud…and of course, on the William Peter Boulevard.

From the radio, I had learned it was going to cost $3.00 an hour, so I asked whether different classes of vehicles would attract different rates.

She went on to add that taxi and corporate vehicle owners would be issued special permits from the CCC. As my smile grew brighter thanks to the overload of information, a slight drizzle threatened to disturb my convo, but my grilling wasn’t over.

Officer: No, we can know if you have paid from the system, but I will always advise people to display their receipt.

Me: What if the time elapses and I am far from the paid parking terminal, can I go to the nearest one?

Officer: Certainly! You can purchase extra time from any parking terminal.

Me: If I paid for an hour and I don’t use the entire hour, can I give the rest of the time to my mother-in-law?

Officer: [with a very straight face] No!

Me: How many spots will be available altogether for short term paid parking?

Me: And what happens when people like my mother-in-law don’t comply?

As I chuckled secretly, hoping that they would charge the cheapskate, I fired another one at the officer.

Me: Can I use my debit card in the machine?

The drizzle now became oversized continuous droplets which were destined to disrupt my conversation. As I walked away, I fired one last curve-ball.

Me: Officer, what will the revenue from the parking terminals be used for?

With the most pleasant of smiles, she replied “The money will be allocated to special projects, city beautification, to maintain sidewalks, and the general upkeep of Castries. With half-drenched hair and the key to my Nissan Tiida clenched firmly in my right hand, I walked away with a warm, fuzzy feeling.

Finally, someone had the gonads to make a bold move in the interest of the commercial sector in the city – a move that will certainly benefit drivers like me, and in the long term, us all. Hmm….$3.00 an hour can save me $500.00 in parking tickets, thanks to the CCC.