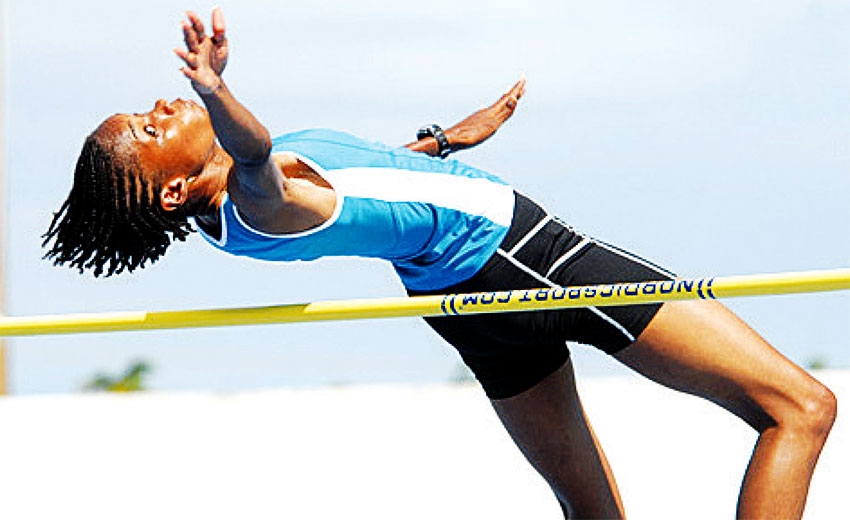 SAINT Lucia’s world class high jumper, multiple-time Sportswoman of the Year and three-time Olympian, Levern Spencer, continued an encouraging start to her 2018 indoor season by winning another gold medal in the United States.

This is her third consecutive gold medal following back-to-back wins on Friday and Saturday of the previous weekend.

Competing last Saturday at the Clemson Invitational in South Carolina in her third competition of the indoor season, Spencer needed just one attempt to soar easily over the bar at 1.90 meters to secure the gold medal. This followed first-time clearance at her opening heights of 1.80 meters and 1.85 meters.

The star high jumper then had the bar raised to 1.97 metres where she was unsuccessful in her attempt, despite making some very good attempts.

This impressive start to her season to date is commendable as Spencer had to sit out the better half of 2017 following injury. She left her training base in Athens, Georgia earlier this week as she continues her indoor season with her first 2018 European tour.