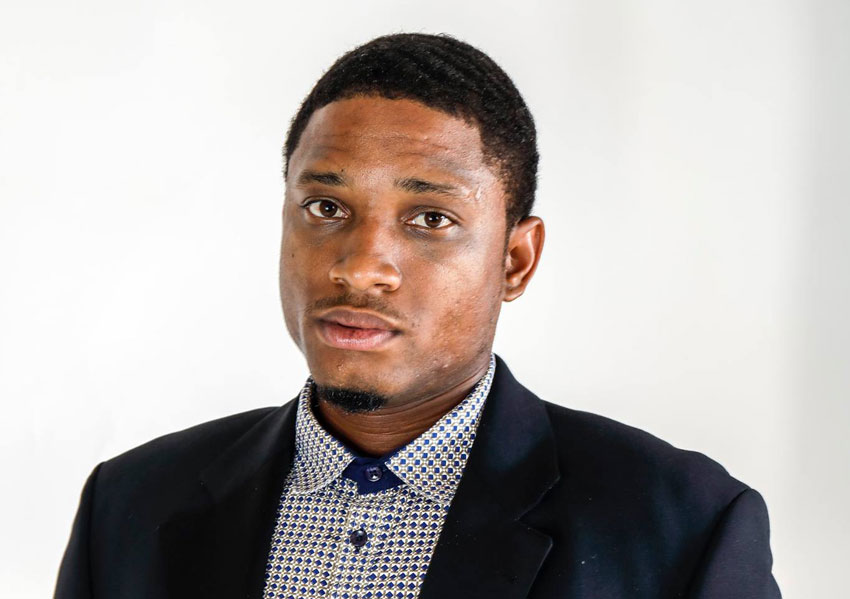 THE National Youth Council (NYC) yesterday said it is “not satisfied with what was being done for the youth of St. Lucia over the past few years” and spoke on several issues affecting youth that the Council would be looking at this year.

The main issues touched upon in their presser were the worrying crime numbers over the last year and the worrying youth unemployment rate in St. Lucia. They also spoke about many of the initiatives the NYC plans to put in place to help increase the effectiveness of the Council itself and mentioned various programmes it has been involved in to help address the issues the youth face in our country.

Youth Unemployment
Secretary of the St. Lucia National Youth Council, Raejean Montoute, in pointing out the fact that although the overall unemployment rate “dropped last year from 20% to 16%”, the youth unemployment rate during that very time period had in fact remained very high, given that “those jobs are mostly being taken up by persons above the age of thirty and those jobs have been vulnerable”, citing the Statistics Department’s Edwin St. Catherine’s report.

Referencing the Prime Minister, Montoute made the point that although unemployment rates have gone down, that reality has not necessarily trickled down to the youth.

How does the NYC plan to address the youth unemployment problem?
The Secretary stated that the Council will open itself to “collaboration with government and private sector”, noting that “we don’t expect government to provide all the jobs for our young people”, adding that “unemployment is a very multifaceted issue.”

Another path the NYC is looking at is increased entrepreneurship among the youth, with Montoute noting that, “We know that one organization cannot provide all the jobs for everyone. So we want to let the public, let Government and private sector know that the NYC is open toward programmes and initiatives aimed towards young entrepreneurs, giving them an opportunity to learn entrepreneurship skills from persons who have been in the industry.”

President of the NYC, Jeshurun Andrew, also outlined his hopes for the NYC’s “Interview Ready” program, which “we felt would work hand in hand with the unemployment issue in St. Lucia.”

He felt that the unemployment problem among youth does not only come down to a lack of opportunity, but also to a lack of effort and skill among the youth in regard to selling themselves to their prospective employers.

“The young persons may be able to have the requisite qualifications to get a job but many of us lack the work ethic and the ability to sell ourselves at an interview,” he said. “Thus, the need for an initiative which would be able to help young persons sell themselves (to potential employers).”

Crime
Andrew spoke about the Council’s concern with the “crime situation affecting our nation at this point in time.” He also noted how certain social issues affect the youth, which contribute to crime and increased suicide rates.

Andrew poignantly pointed out that in order to deal with the social issues contributing to crime, there “should not be a continuous discussion only” but a “need to sit down and put some initiatives in place that can work towards alleviating these issues in our country.” While highlighting that our suicide figures for last year “were very high”, Andrew urged citizens to “call the (203) help line.”

Initiatives the NYC implemented in the past and plan to implement in 2018
Andrew and the First Vice President, Nyus Alfred, pointed out several initiatives the Youth Council is looking to implement this year. Alfred said they were hoping to “rejuvenate” district level youth councils “which have been dormant” in order to help the National Youth Council be more effective in carrying out its mandate.

Alfred also spoke about several programmes the NYC has been involved in, including a Youth Entrepreneurship Programme held during Business Month, as well as the launching of the Youth Ambassadors Network, a programme used to “select the brightest young leaders in St. Lucia and give them an opportunity.”

“We’re going to be giving them the training and the capacity building so that they can be able to represent St. Lucia on the local, regional and international scale,” he said, also mentioning the NYC’s launching of the Youth Ambassadors Network International for St. Lucians based overseas.

In terms of the NYC’s collaborative efforts, Alfred pointed out that they have collaborated with CYEN on panel discussions and have also “collaborated quite a bit with the Commonwealth Youth Ambassadors Programme and these are things that we hope to continue moving into the New Year.”

Andrew touched on the upcoming Youth Parliament, the first sitting of which, he stated, will happen in time for Independence Day. He also spoke about the Council’s plans to train young persons throughout the island in public speaking and the like, hoping that it will be “an opportunity for us (Youth Council) to improve on our advocacy in terms of the young people having a say in what we think should occur in the decision-making corridors of our nation.”

When asked what kind of impact social media has had on the youth suicide rate on the country, Andrew replied that: “After several discussions with persons who actually deal with suicide victims, you would understand that a lot of these suicidal thoughts are as a result of depression and stress.”

Noting that the bullying aspect which contributes to those stress levels has been elevated by social media sites, he said that social media has “provided an additional platform whereby persons can be bullied.”

Montoute spoke very positively about the impact 758 Facebook page has had on young persons acquiring employment in the country.

“I think it has significantly impacted our unemployment rate because a lot of persons don’t read the newspapers, especially young persons.”

She also noted the popularity of the site and opined as to why she thinks many St. Lucians use it to get work.

“A lot of persons utilize it because I think the page is up to 15,000 likes and a lot of persons view those pages on a day-to-day basis,” she said. “I really believe it has impacted” (positively on unemployment rates).”

Although it can be said that the National Youth Council promises much every year, only to see the continuation and escalation of many of the issues affecting youth in our country, it seems that this particular executive is keen to get down to business and revitalize this Council. They seem willing and seem to have a grasp as to the goals Youth Council can realistically hope to achieve. As to whether or not they will achieve those goals they have set for themselves, only time will tell.