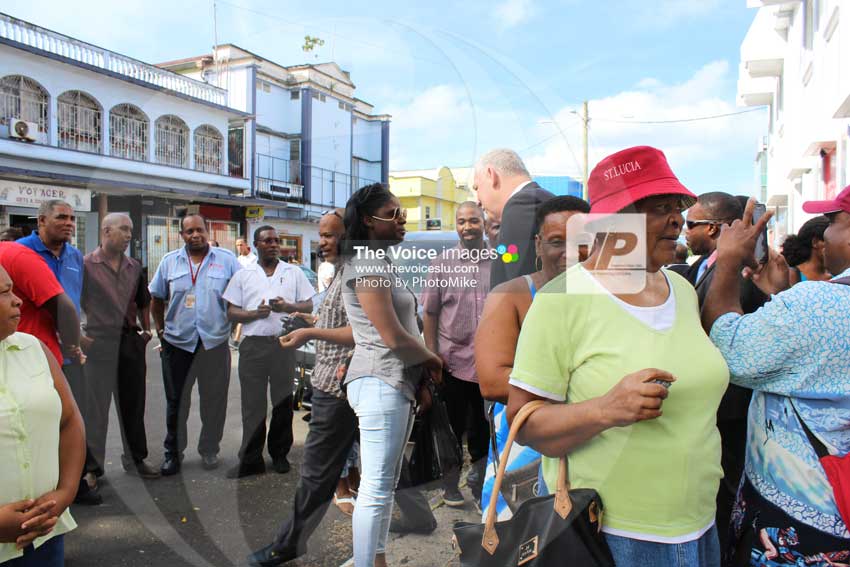 Prime Minister Allen Chastanet capitalized on Friday morning’s swearing-in of Sir Emmanuel Neville Cenac as Governor General, by engaging in some public relations with the small crowd of onlookers, who stood at a distance from the parliament building in anticipation of something big happening.

The biggest thing to happen to them, however, was when Chastanet, on arriving at parliament, headed straight to the crowd to mingle and shake hands with whoever wanted to do so with him. His bold move was rewarded as several in the crowd greeted him and shook hands with him.

The Prime Minister hugged some, spoke with some, and even stood up to those dissatisfied with his choice of Cenac as Governor General.

Here are a few photos depicting the scenario. 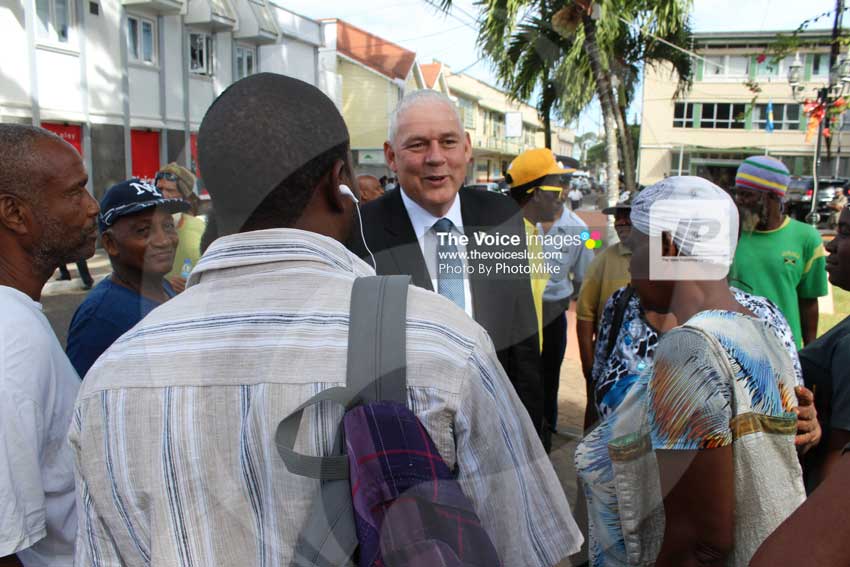 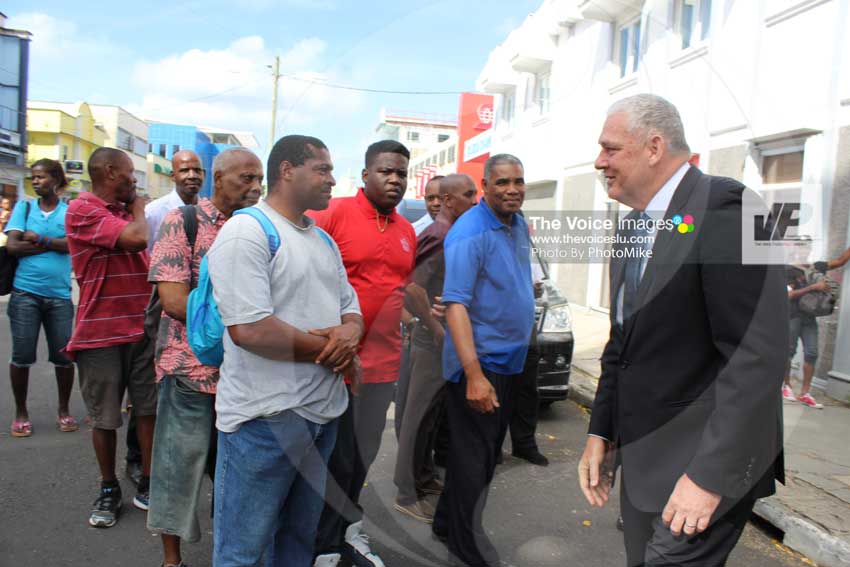