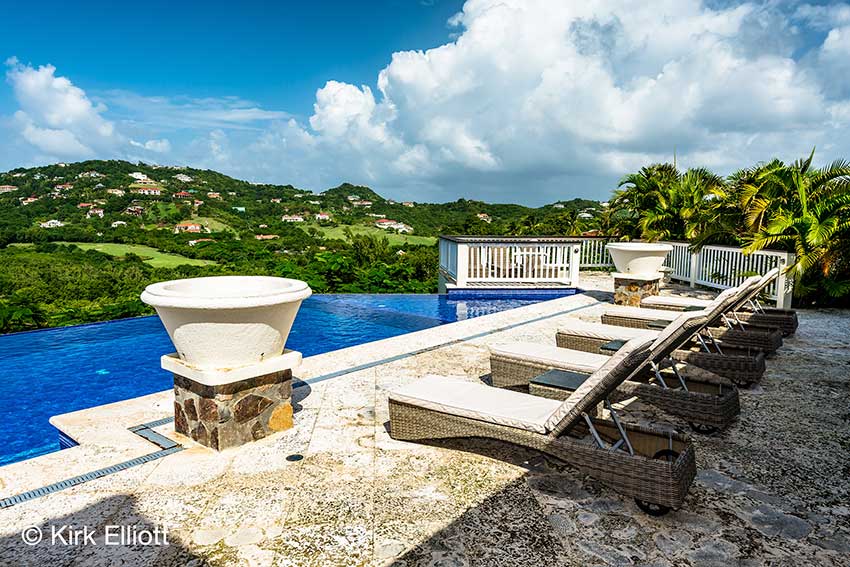 PRESS RELEASE – AWARD-WINNING St. Lucian photographer, Kirk Elliott, recently completed another International House Hunters photoshoot for the New York Times and the pictures can be seen on their website: https://StLuciaByKirk.com/Atlantis-St-Lucia.

Elliott’s photography features Villa Atlantis at Cap Estate as well as sites and amenities within a 5-mile radius of the property. This is Elliott’s second New York Times assignment photographing a Saint Lucian property to be featured by International House Hunters.

Asked how he landed these shoots, Elliott recounts: “I received an email from an agent at the New York Times asking if I produced architectural photography and was I available to do a villa shoot. The answer was ‘yes’ to both questions and I was able to validate my capabilities with images from a recent million-dollar villa shoot in addition to pointing to multiple stellar reviews on TripAdvisor for the St. Lucia Photo Tour which I conduct.”

The Times liked the work produced and subsequently added Elliott to its database, making him eligible for future New York Times assignments.

Saint Lucia’s high profile continues to be enhanced by being featured on programmes such as International House Hunters and in publications as prestigious as the New York Times and Elliott is thrilled to have his photography associated with such highly-recognized international brands. When asked what his biggest satisfaction is from this association, Elliott commented that it was twofold:

“It was amazing being told that my name would be prominently listed in the article as this is such a far cry from what obtains locally, where clients often do not know that photo credits or, more specifically, the right to attribution is inalienable to photographers and not a favour to be granted by a client.

“It was (also) wonderfully empowering getting to decide what images of Saint Lucia I would use to showcase the beauty that exists within a 5-mile radius of the villas.”

Elliott sees such photo assignments as a “coming of age” for local photographers as in the past foreign photographers might have been flown in to produce such work.

“Assignments such as this augur well for the local photography industry, both in terms of getting the word out that great talent is available locally and also in terms of foreign earnings,” said Elliott.

He encourages fellow photographers to be on their ‘A’ game with regard to their photography skills as well as understanding the business of photography.

Kirk Elliott is a Saint Lucian photographer and photo educator. He conducts the multiple-award-winning St. Lucia Photo Tour, which is a niche tourism product that seeks to provide visitors with a deeper window of perception and interaction with local culture through the medium of photography.