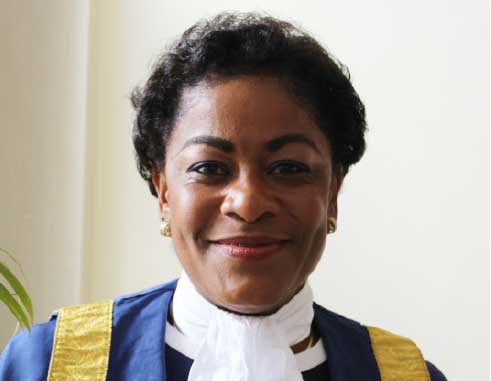 It is unfortunate that the job of cooling down hot-tempered politicians has reached the point it did last Tuesday evening when it finally had the better of Speaker of the House, Leonne Theodore-John. After a packed day of MPs going at each other’s character and questioning her authority, she collapsed, ostensibly under the undue stresses that seem permanent in the divided House.

As such, the matter of the appointment of a Deputy Speaker of the House takes on new meaning as it is becoming clear that as tough – and fair – as the Speaker appears to be, she sometimes needs to take pause from the chair every once in a while and shake her head in solitude at the moments of shame that transpire in the name of government business.

Since July last year, when Castries Central MP, Sarah Flood-Beaubrun, stepped down from the post of Deputy Speaker to become Minister for External Affairs, the onslaught of words between both political sides has been fluctuating.

Quite often, the debate reaches a crescendo when the House meets and the repeated question of the appointment of a Deputy Speaker of the House is asked by the Speaker herself. The icy silence is always evident on the poker-faced MPs who continue to play out their cold war, sometimes giving the impression that they never heard the question in the first place.

In February this year, while sitting on a panel discussing Constitutional matters, Theodore-John was asked by moderator, Kim St. Rose, the former Attorney General, whether she felt the appointment of a Deputy Speaker was essential, to which Theodore-John responded immediately and emphatically: “most certainly”.

Whatever the ultimate outcome of that case – if it does get the Court’s listening ears – is, the mere fact that government business has now had to be adjourned by a month due to the House Speaker’s brush with illness should be enough proof that there needs to be a more mature and civil way to resolve the matter of the absent Deputy Speaker.

The people’s business – not unlike the House Speaker’s health – is a serious matter. Partisan politics might have its place in some spheres but when it comes to the point of being life-threatening, a line needs to be drawn – and never crossed. Evidently, “as soon as convenient” now means “urgent”.