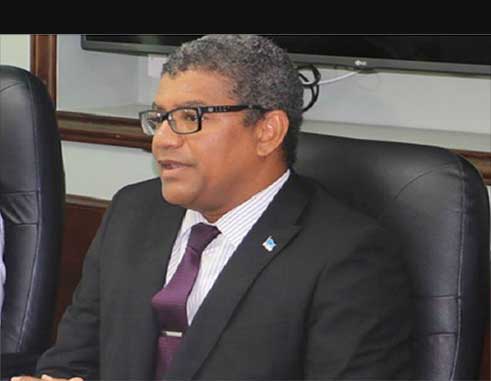 MINISTER for Commerce, Bradly Felix, found himself in the hot seat last week as local investors continue to complain that the playing field remains ufavourable for them compared to their foreign business counterparts. In clear terms, they believe that reality is an anathema that needs to be done away with.

At the time, the Minister was attending an Open Forum with the Chamber of Commerce at the Financial Administrative Centre. The Forum discussed, inter alia, the need for government to provide the essential support to local investment which, in turn, can have a positive impact on foreign direct investment (FDI).

The local business sector’s contention is that they have been struggling for years to stay above water competitively while receiving little to no incentives from government while new foreign companies coming in are given huge amounts of incentives as teasers to set up shop here. They believe that their contribution to the business environment – including providing crucial employment to Saint Lucians – should earn them the right to such incentives.

But last week’s concerns are not new concerns, really. For many years now, the local business sector has been trying to change the anomalies that have served to stifle their survival. These concerns have been recurring decimals for many years now and are underscored at every Saint Lucia Business Awards ceremony the Chamber hosts annually.

In April last year, Executive Director of the Chamber of Commerce, Brian Louisy, told this paper that the local business environment had “toughened and become more challenging”, due to a number of factors: increased players in the market, increased competition, and the influx of regional and international companies.

“So you have to fight harder,” Louisy said at the time about local investors. “The cost of doing business has increased, so they are working harder to sometimes remain in the same position or to grow.”

For whatever reason that might best be known to administrations past and present, it seems that getting rid of the bureaucracy that hinders business might not become a thing of the past for quite some time longer. Bottlenecks in the system, including the slow pace of processing applications and receiving feedback, have been cited as reasons why Saint Lucia keeps slipping in the Ease of Doing Business rankings.

In fact, the public sector has been accused of being so inefficient that just one entity – Customs and Excise Department – has come in for high praise. Nevertheless, no public sector entity has been able to qualify for the award designated for that sector at the Saint Lucia Business Awards.

While government might not want to admit it, it seems that given the current economic quagmire that Saint Lucia is in, the big bet is on FDI – and not LDI (local direct investment). Ironically, however, local businesses do not have the luxury of repatriating their profits nor enjoying tax breaks and close up shop when things get bad and move to another cheaper destination. If anything, local companies should be first on the priority list for such incentives and superb services meted out to investors who sometimes have not even set foot yet in Saint Lucia.

This Business Month, government needs to go beyond the lip service it has for years now and right a wrong by finally delivering not only the reassurance but tangible seeds of change for the local business sector. The local business sector should not have to play second fiddle to foreign companies, especially when their tax dollars fund those hefty tax and other incentives doled out to foreign investors.