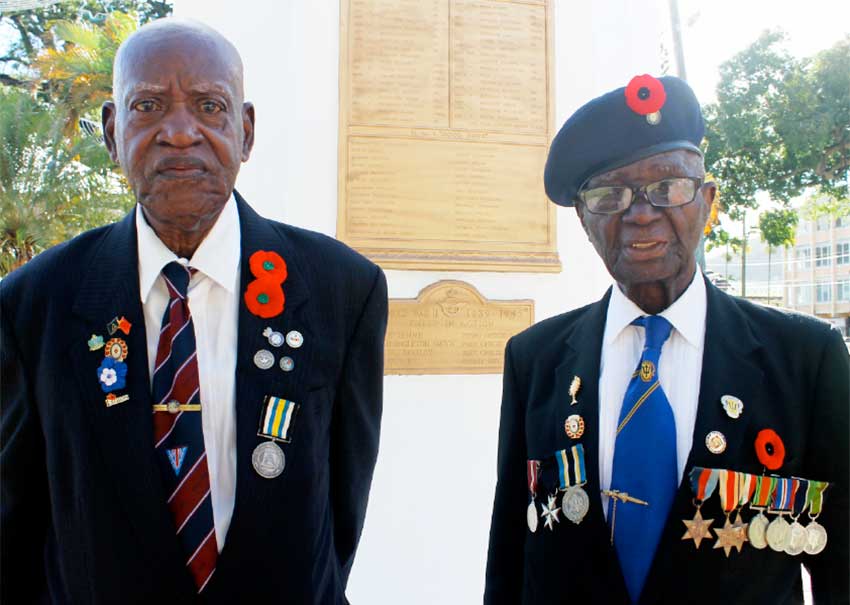 Remembering Our Veterans, Never To Forget – November 1 To 12.

Saint Lucia will join with the rest of the world on Sunday, November 12 to observe the 103rd anniversary of the First World War, and the armistice that ended the Second World War at the 11th hour of the 11th day of the 11th month of 1945.

As part of this year’s Veteran’s Month and Remembrance Day activities, there will be several wreath-laying ceremonies, including the one at George V Park, and others at the Derek Walcott Square and the Commonwealth War Graves cemetery at Choc.

The Alliance Francaise normally hosts a special function which is usually attended by the Governor General and diplomats from Britain, France and Germany. Participants observe a 2-minute silence in memory of those veterans who died in the two world wars: 1914-1918 and 1939-1945.

Friday, November 10 is designated as Veterans Day worldwide and we encourage everyone to purchase a poppy or wear a poppy in remembrance of our war veterans.

Poppies can be obtained at various stores in Castries — including People’s Discount Store, R.J. Clarke and Company, Castries Presbytery and Castries Town Hall – as well as at all the schools.