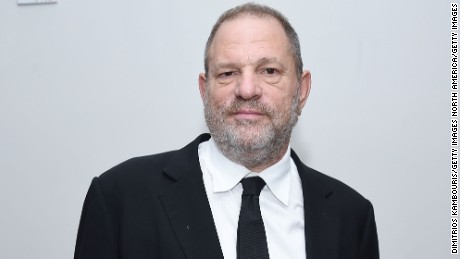 THE cascading trend of famous men finding themselves in hot water these days as a result of charges of sexual harassment and assault brought against them by women seems to have no end. Since acclaimed film producer, Harvey Weinstein’s fall from grace last month after a more than 80 women so far have leveled charges against him for such conduct, Pandora’s Box flung open and has not shut since.

To date, several U.S. politicians, movie stars and other bigwigs have been named in what might just be among the top ten most shameless news of the year. Actor Kevin Spacey, politicians John Conyers and Roy Moore, media men NBC’s Matt Lauer and CBS’s Charlie Rose, among a slew of men have been fingered, some fired, following revelations by several women. Some months ago, even Fox News’s Bill O’Reilly had to step down following similar allegations.

To the naked eye, it would seem that, as great as these men are at their respective crafts, there appears to be a common thread running through them: that the women they work with or come into contact in other ways, feel they went below the threshold of common decency in their interactions.

The world over, women have for years been subjected to some of the most despicable horrors, first in order to be hired and also to avoid being fired, by men in power who have the influence to prolong or end their careers. Also, with the world becoming a more politically-correct (if there truly is such a thing), simple gestures that would have seemed appropriate years ago are now frowned upon in the lowest extreme or result in class action lawsuits on the other.

Almost fortuitously, it seems that with these mighty men falling, there just might be some traction in gaining momentum for women who often fall prey to men in similar fashion, only that these men may not hold prominent offices, and so those stories never come to light. Nevertheless, the case for women being discriminated against because of their gender, including attracting the unwanted and sometimes disrespectful attention of men, remains a crucial factor if women are to feel both safe and comfortable in any setting.

Unfortunately, while pressure is often brought to bear on perceived offending parties in so-called developed countries, sometimes resulting in dismissals, the Caribbean is replete with cases where women have come out to tell their stories, only to be shunned by the very society that often boasts about abhorring such behaviour.

It’s a hard thing that an unfortunate incident that would have happened in the past can hamper one’s future. But, as history repeatedly teaches us, the more we evolve is the more we are made to understand that cultures do change and when they do, a heavy price is to be paid.

Surely, there are many current and potential Weinsteins et al in Saint Lucia. The question remains: have they learned anything so far from all these revelations, and are they truly willing to pay such a price? Sometimes the best way to learn a sorry lesson is through vicarious means. To do otherwise is to entertain a perilous outcome.