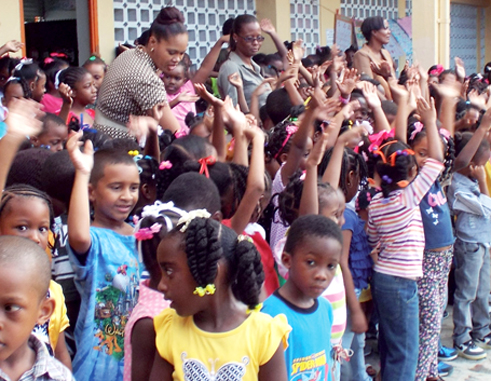 As Saint Lucia joins the rest of the world in observing International Child Rights Week – which runs from November 13 to 20 – it seems only right for the wider community to pause, reflect and answer a salient question: Have we done right by our children?

Increasingly, it seems that children are being imperiled by those whose responsibilities are to nurture them and ensure that they are protected at all times. A cursory glance at how children are being raised these days would indicate that our children are being shortchanged by their parents and relatives, schools and other institutions, and by a community whose moral thread has been shredded by various ills, including incest, rape and other forms of abuse.

Many Saint Lucian children still grow up in single-parent homes, often left in the care of mothers who are either unemployed or working dead-end jobs for meagre pay. Absentee fathers, who are either unknown, in jail or could not care less to provide their children with the financial, emotional and other support, only exacerbate the problem. It is a crying shame that women are still held ransom by men who refuse to feed, clothe and educate their children if single mothers do not give in to having sexual liaisons with them.

Consequently, young girls are literally forced to pimp themselves off to sugar daddies who could not care less that these children are under-aged. In fact, the phenomenon of schoolgirls having sexual relationships with minibus drivers has become so permanent a sick metaphor for child abuse that the practice occurs right in front of our eyes. Meanwhile, many parents turn a blind eye to the origins of the fancy cellphones and other treats their children come home with.

It still is fascinating that in the twenty-first century social planners are still going the route of finding out what the root causes of crime are. That time and again we have had surveys, assessments and studies that indicate that what a child sees and experiences is what influences him or her to act a certain way still seems to escape our (limited) comprehension. So while we are busying ourselves with finding the root causes over and over again, the tree’s overgrown branches and vines continue to suffocate us.

Over the years, many pronouncements have been made by successive governments to do right by our children. To date, some inroads have been made in that regard. However, parents are still finding it an uphill task getting the requisite services they need from our social agencies. Even the schools are finding it difficult to cope with the behaviour of children who either come from broken homes or are victims to peer pressure. Moreover, schools have also become breeding ground for predators, where teachers themselves are taking advantage of those under their care, including engaging in sexual activities with children.

This week, the Department of Equity, Social Justice, Empowerment and Human Services in collaboration with the Early Childhood Services Unit of the Department of Education launched a series of short video messages targeting children. The messages speak to children: how to recognize sexual assaults and bullying and how to respond to such abuse, including reporting any such incidents to a parent or teacher.

Funded by UNICEF, the project aims to tackle some serious problems that often result in greater problems down the road. However, inasmuch as such messages are being communicated to our children in a language they can understand, we need to act responsibly to reassure them that violence and abuse against children becomes a thing of the past. Educating our children about a problem and not bringing the full force of the law against those who breach our children’s trust should no longer be the norm.

While it may indeed take a community to raise a child, it only takes one tragic situation to destroy that child.