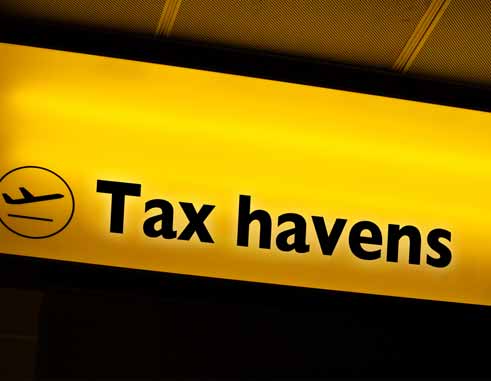 AS the microscope continues to be held over certain jurisdictions named as tax havens following the leaking of nearly 13.4 million confidential electronic documents relating to offshore investment, it is becoming clearer that nothing remains hidden forever.

Said to be obtained from offshore law firm, Appleby, and business registries in 19 tax jurisdictions, the documents – which measure around 1.4 terabytes – allegedly lists the financial affairs of more than 120,000 people and companies, including Queen Elizabeth II, Colombian President Juan Manuel Santos and U.S. Secretary of Commerce Wilbur Ross.

The documents were leaked to a German newspaper and one consulting group has estimated that around $10 trillion in taxes are being withheld by companies using offshore companies. Named in the papers are global brand names such as Facebook, Apple, Nike, Uber, McDonald’s, and Walmart.

The recent leaked files – dubbed the “Paradise Papers” – made headlines in almost the same way as did the “Panama Papers”, which created a stir two years ago. In that instance, nearly 11.5 million documents were leaked detailing financial and attorney-client information of more than 214,488 offshore entities, and were a Panamanian law firm.

The fallout of these leaks often tend to tarnish a country’s integrity and stability, especially in an increasingly competitive global marketplace defined by changing trade rules and geopolitics, Brexit, and major players like China spreading its investment portfolio this part of the world. While offshore banking seemed to create an intriguing plot in Ian Fleming’s novels, the repercussions are real and can often cost a country its good image and countless opportunities.

Take, for instance, the case of Saint Vincent and the Grenadines, which recently had to go to great lengths to shrug off the suggestion by international media that it is “notorious for money laundering” and also a “prime money laundering destination”.

The sister isle’s statement from its national Anti-Money Laundering Committee (NAMLC), Financial Services Authority (FSA) and Financial Intelligence Unit (FIU) followed the arrest of Paul Manafort, a former campaign manager of U.S. President, Donald Trump, by the Federal Bureau of Investigation (FBI) last month. Manafort and his business associate have since been indicted for laundering millions of dollars in Cyprus, the United States and the Grenadines.

As for the Paradise Papers, the Cayman Islands, too, has had to respond to claims that it is being used as a tax haven for the rich to hide their wealth and avoid paying taxes.

“Like other international financial centres, the Cayman Islands has had to get used to unfair and inaccurate reporting about our role in the global marketplace,” Jude Scott, Chief Executive Officer of Cayman Finance, said recently.

Even Bermudian Premier, David Burt, dismissed claims about that territory being used for shady transactions, saying that Bermuda shares information with international law enforcement agencies and has a “world-class reputation with a robust regulatory system”.

All these accusations and dismissals occurring right next door should serve as a lesson to Saint Lucia – which has not been named – in the recent leak. However, it does not take long for the paper trail to extend farther and wider. And when it does, even the best defences can take decades to convince the right investors.

In an age where documents are either deemed to be lost – or worst, never been in existence – the world seems to be getting smaller and sporadic leaks of alleged corruption is brought to the fore. With an economy still ailing from repeated years of dismal economic performance, being on another blacklist is hardly something to wish for at the moment. These leaks, whether they pan out to be true or not, can seriously impact a nation’s economic performance and, in some cases, cripple it.