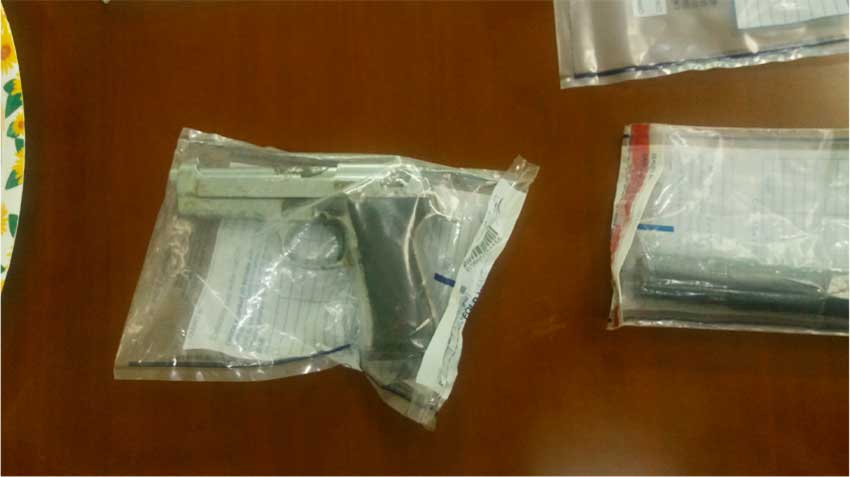 MAYOR Peterson Francis has ruffled the feathers of an already antsy Royal St. Lucia Police Force (RSLPF) with a statement which he made recently during a press conference.

The press conference was held initially to highlight the continuous works of the Castries City Police through a report for their second quarter since being introduced in 2016.

Calling the matter a problem that affects him and St. Lucia greatly, Francis brought into question the legality of members of the RSLPF who moonlight as security personnel at private functions while wearing police uniform.

The Mayor stated that this was not an attempt to slander the police force, as he is a product of it, with both his father and brother having lifelong careers in law enforcement. However, he said it would be remiss of him to ignore the faults and wrongdoings of the officers.

Mayor Francis said: “Our city police have been under tremendous pressure to do the work they are doing without any assistance whatsoever from the regular police.”

The Mayor went on to point out how on a daily basis, including one day recently, during his routine walk around the city, that patrolling officers of the RSLPF are noticeably absent, and that instead there were only City Police Officers making their rounds and, on one occasion, two reserved police officers.

On the day of his walk, he said there was a tourist ship in port and the city was filled with tourists; however, they were left to be harassed and followed by locals, as there were no patrolling officers providing much-needed aid to the City Police.

On the other hand, he said that while there is little to no police presence protecting citizens and visitors alike, the number of uniformed police officers providing security services for private functions and jobs is high.

Mayor Francis said: “If we had 50-100 events throughout the breadth and length of St. Lucia, they would be fully policed in uniform on special duty. So my question today: is the St. Lucia Royal Police Force a security company? Or was it designed to protect the people of this country?”

He added: “Let’s take Marchand. You can never see a police in uniform policing/walking (in) Marchand. There is a street event in Marchand, you get uniformed policemen 2:00 a.m. in the morning in Marchand. And the worst thing about it, if something happens higher up, it is not their responsibility because they are on special duties. You have to go to Marchand Police Station. You might get a sleeping fella, you might have to run to Central, or you might have to go to Gros Islet for help. But you have police who are right there manning an event but refusing to move.”

The Mayor called on the Commissioner of Police to put a stop to this act, as it goes against the police’s duties to the citizens of St. Lucia. He said police need to secure the citizenry before securing money earned on the side.

At the commencement of the press conference, the Mayor praised the work of the batch of City Police for their assiduous work in policing the entire area spanning Castries North, Castries East, Castries Central and Castries South.

At said conference, there was a folder containing 17 completed court cases won was displayed, as well as drugs and weapons confiscated by City Police, including one gun, numerous knives and scissors, machetes and a conducted electrical weapon, also known as a taser.

Highlighting the statistics for the second quarter spanning the period of March 2017-October 2017, the Mayor revealed a total of 159 offences.

With these statistics, the Mayor sent out an urgent call for a reform in the approach towards serious and organised crime, particularly in Castries.

He said: “That reform should complement some of the efforts already introduced to tackle crime and security in the city, and St. Lucia by extension. We need wider reforms and specialist capabilities, reforms across policing and law enforcement, reforms to drive greater accountability, reforms to increase responsiveness and ensure better crime-fighting.”

The introduction of the City Police, he said, was a critical and successful decision which is an integral part of law enforcement.

With the promise of a pending second batch of 55 City Police Officers, the Mayor said: “It is my commitment to members of the public, city residents and visitors to continue working hard to bring a lull to criminal offences in the city.”

Officers, he said, have been selected and have had their backgrounds checked by the RSLPF.

The Mayor also revealed plans to make an acquisition of motor vehicles to provide to CPOs in order to assist in their patrols.

He also appealed to corporate St. Lucia and concerned citizens to play their part by donating and contributing towards the acquisition of such vehicles.