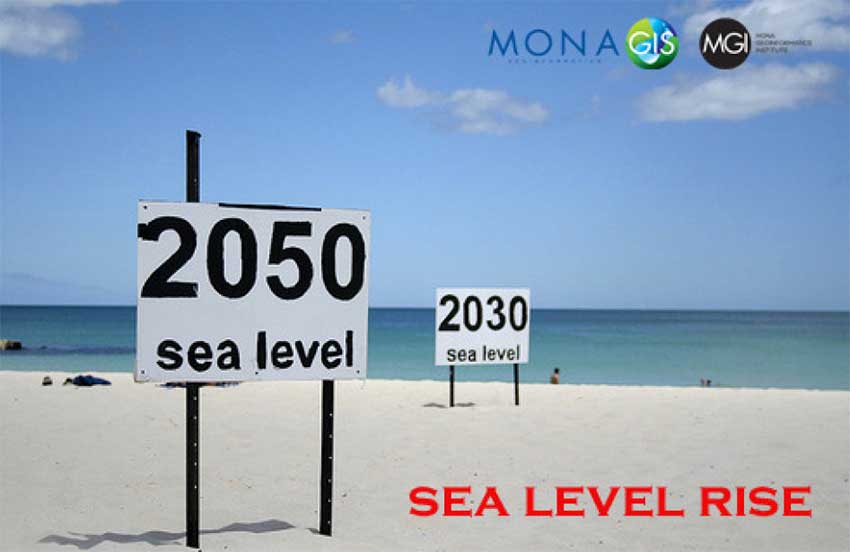 THE photographs and personal accounts of the devastation in the Caribbean wrought by hurricanes Irma and Maria are stark warnings of the potential for changes to the global climate system that permanently disrupt the lives of vulnerable island nations, both in the region and around the world.

Backed by scientific evidence, policymakers in small island developing states (SIDS) have been pleading with the international community for years to help them put mechanisms in place for addressing predicted damage due to increasingly more violent storms; rising sea levels, because of the expansion of water from warming ocean temperatures and the melting of the glaciers; and increasing acidity of the ocean, as a result of absorbed carbon dioxide – a phenomenon known as ocean acidification – each of which can be attributed (at least in part) to man-made changes to the climate system.

The result of these phenomena is loss and damage, when global mitigation efforts (greenhouse gas (GHG) emission cuts) are not enough to reduce the adverse impacts of climate change and available adaptation measures (to prepare and respond) are not viable options for addressing the magnitude of the impacts being experienced.

This potential for loss and damage from the impacts of man-made climate change has been a topic of discussion in the United Nations (UN) climate change talks for many years. The Alliance of Small Island States (AOSIS), a longstanding advocacy group for small island issues, first raised the spectre of permanent loss due to sea level rise in 1991 in the run-up to the negotiation of the UN Framework Convention on Climate Change. AOSIS called for an insurance pool to address this loss.

The 1991 proposal consisted of a collective loss-sharing scheme to compensate victims of sea level rise. The scheme was to be funded by mandatory contributions from richer, industrialised countries, based on their gross national product (GNP) and their relative GHG emissions, i.e. contributions to the pool would be based on ability to pay, as well as responsibility for the impacts. Unfortunately, this proposal died on the table and was not included in the language of the 1992 Convention.

Nevertheless, AOSIS continued its clarion warning that the longer countries continued to burn fossil fuels and emit GHGs, the world’s fragile and unique ecosystems (many of them in SIDS), the ability of vulnerable countries to feed themselves, as well as develop viable and sustainable economies and societies, would reach a point of no return. In other words, in the face of unstopped climate change, there is a limit, after which the systems that keep us alive and foster our livelihoods will no longer be able to cope.

Thanks to the persistence of AOSIS and with the support of the world’s developing nations, in 2013, years after the initial 1991 proposal, governments came together and established a mechanism to address loss and damage to the adverse impacts of climate change, and following on from that, separate treatment of loss and damage was agreed to under the Paris Agreement. This was a monumental global event.

The plight of many Caribbean islands in the face of the recent violent hurricanes shows that addressing catastrophic damage and possible irreversible loss associated with man-made climate change is not a challenge for the future. It is a palpable reality. While there is still much work to do, both to understand what irreversible losses vulnerable countries may face, how they may address them and where the financial support for doing so will come from, work on loss and damage under the UNFCCC, and its successor Paris Agreement, has commenced under a 20-member international Committee, including Saint Lucia as the SIDS representative.

A new work-plan for addressing loss and damage in the coming five years is in the process of being agreed by the international community and it is critical that this work-plan spurs the kind of action required to help vulnerable countries deal with actual and projected impacts.

Saint Lucia will be sending an experienced national team to the upcoming climate change talks in Bonn, Germany, in November 2017 (Conference of the Parties-COP 23) and, among other things, will engage actively in discussions on loss and damage to the adverse impacts of climate change.