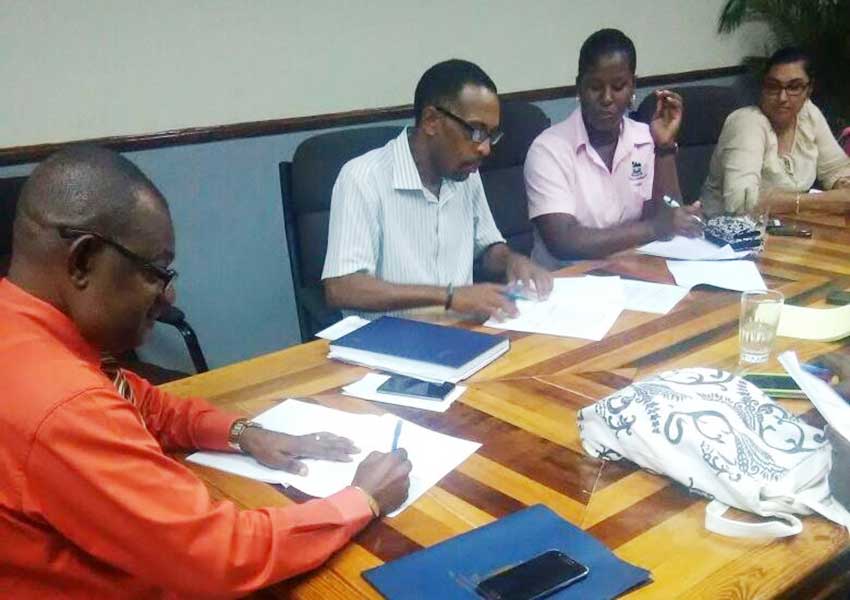 PRESS RELEASE – THE Nature Isle of Dominica recovering from Category 5 Hurricane Maria is in dire need of all the support it can receive at this time.

Items from a humanitarian relief food drive managed by the Soufriere Foundation were delivered to the island on October 13 by a team of six courageous staff members.

Following the drop-off, the volunteers were briefly escorted by the parliamentary representative for Salybia, CasiusDarroux, before heading back to St. Lucia.

SRDF Human Resource Manager, Lester Cazaubon, stated, “Throughout the years, the Soufriere Foundation has exercised the tradition of recognizing staff efforts and contributions at a grand awards dinner at year-end. The organization wanted to augment this. Consequently, last Monday we began the process by honouring six staff members who travelled to Dominica to deliver food and other supplies to the indigenous Carib people of Dominica in the Kalinago territory.

“We recognize their efforts; it was really going beyond and above what was really expected of them. They were selfless and exemplary having endured the 10-hour trip both ways.”

The staff members were the first to experience a surprise appreciation ceremony held at the Cool Breeze conference room. The exercise began in the form of a debriefing to the gathering; they discussed what the trip was about and their experience. Subsequently, the six delegates were presented with tokens of appreciation.