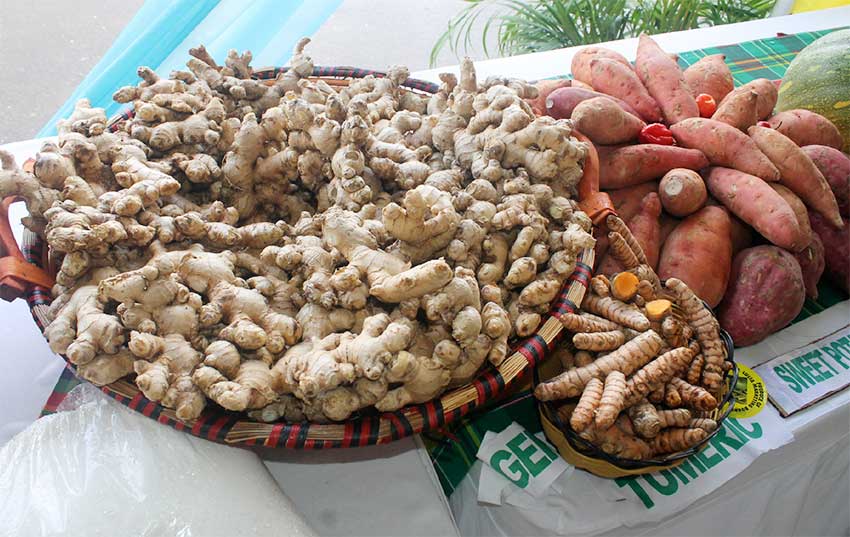 PRESS RELEASE – MOSES Jn. Baptiste, Parliamentary Representative for Vieux Fort North and former Minister for Agriculture, has congratulated all farmers, fishers and others involved in food production and marketing on the observance of World Food Day (October 16).

Jn. Baptiste, who is the SLP’s spokesman for Agriculture, said “We must continue to reflect and focus on reducing poverty, rural transformation, and the struggles of farmers, fishers, food vendors and all people who work to ensure proper nutrition for all.”

This year’s theme is “Change the Future of Migration, Invest in Food Security and Rural Development”. It is estimated that over 80% of the food that we eat is produced outside of Saint Lucia and the Caribbean. Most medical experts agree that the massive consumption of imported processed food has contributed to the very high incidence of non-communicable diseases, or NCDS.

Jn. Baptiste also congratulated and thanked the staff of the Ministry of Agriculture and other local and international agencies such as the Food and Agriculture Organization (FAO) of the United Nations, CARDI, IICA, the OECS that work to help modernize and improve production of our farmers, and other food producers.

Jn. Baptiste said he is more convinced than ever that a focused Food Security and the Food Economy can increase employment in agriculture, fisheries and processing, at the same time, reducing non-communicable diseases that continue to be very costly and tragic for everyone. He added that during his time as Minister for Agriculture, much progress was made to increase local production and purchases of food, improve the School Feeding Programme, expand cassava, coconut and livestock production.