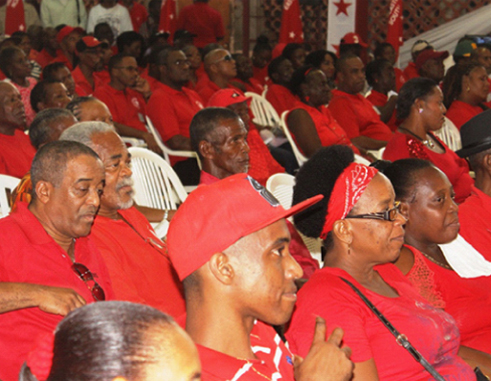 PRESS RELEASE – THE Saint Lucia Labour Party (SLP) will kick off its 2017 Conference of Delegates on Sunday, October 8 at 3:00 p.m. at the Beanfield Comprehensive Secondary School in Vieux Fort, under the theme, “Mobilize, Organise, Consolidate”.

The feature address at the SLP 2017 Conference will be delivered by former Jamaican Minister of Tourism, Kenneth Wykeham Mc Neill, who served in the government of Jamaica’s People’s National Party from 2012 to 2016.

Philip J. Pierre will also deliver the annual Political Leader’s policy address to Conference during which he is expected to spur the Party to accelerate its organizational work in preparation for a return to government at the first given opportunity.

A special tribute to former Political Leader, Dr. Kenny D. Anthony, will be included in the day’s programme.

The Conference will continue on Sunday, October 15 with the Closed Session where internal party business will be dealt with.